As students are re-adjusting to college life and living with roommates during the fall semester, often in big buildings with other students, sickness strikes.

For some people, this marks the time to get a flu shot. Places like the Keene State College Health and Wellness Center, CVS Pharmacy and Convenient MD are places to get one here in Keene.

Though the prices range from $39.99 (without insurance) at CVS to free at Convenient MD, most places give flu shots for free or at for low costs with insurance.

In KSC’s Health and Wellness Center, flu vaccines for people that are 18 and under are free.

For those who have insurance, Coordinator of Wellness Education Tiffany Mathews said they should to go to the pharmacies or the urgent care facilities.

Mathews also recommends to check out the Self Care Station that is located diagonally from the waiting room in KSC’s Health and Wellness Center.

According to Mathews, between one and five Americans get the flu each year.

“As it gets colder and people are indoors more and passing germs with each other, viruses are spreading more easily as people are inside together more often… Just being a part of this community kind of brings you to a higher level of risk,” said Mathews.

She said the worst symptoms generally last a few days, but the feelings of exhaustion might last longer.

Mathews said people often mistake the cold for the flu. She stresses the differences between both illnesses.

Colds, she said, have symptoms like runny nose and nasal congestion versus the flu, which typically does not have those symptoms, but the ones listed above.

According to the Center for Disease Control, flu vaccines cause antibodies to develop in the body two weeks after a person gets vaccinated.

This, in turn, provides protection against the flu infection with the viruses in the vaccine. The vaccine is supposed to protect against three types of flu: H1N1, H3N2 and influenza B.

KSC junior and nursing student Makayla Philibert said she got her flu shot this year as a requirement for the nursing program and to start working at a nursing home this semester.

Despite the requirement, Philibert said she feels it is something someone should get.

Philibert  said she feels that they are really helpful, despite not getting flu shots that often and never getting the flu herself.

“Especially at this [time] of year in the fall, everybody gets sick, so I think just as another way to stay healthy it’s really important to get it. Whether you are going to get the flu or not, it’s just nice to have that in your body,” said Philibert.

While Philibert had an overall positive outlook on flu vaccines, KSC first-year Lauren Koldras had mixed feelings about it.

Koldras said she decided not to get a flu shot, partly because her parents are against it. She said that getting a successful flu vaccine depends on the person and their body; she added that it reacts differently depending on the person and isn’t sure of the reliability of the flu vaccine.

Koldras said she did get the flu once, but hasn’t had it since.

“I really try to maintain my health and eat healthy, and I think it definitely has an impact on how I react during the flu season and other sicknesses and I don’t really get that sick I try to drink lots of water and eat healthy,” she said.

Koldras continued, “There’s so many new things that have come out in the world that it’s kind of hard to see what’s reliable and you don’t really know how it’s going to affect you. So I think it’s just kind of nerve-wracking to have something get put into you and you don’t even know how you are going to react to it. So I definitely think that’s the main reason why I don’t get shots.”

Coordinator of Wellness Education Mathews said she can understand why a person might be afraid, but still recommends getting one anyway.

She said, “I can understand why they might be afraid because they haven’t gotten it before, however, the flu is very unpleasant and you know if there’s a way to prevent them from contracting it and then even spreading it to others, it would benefit not only them, but our entire community.” 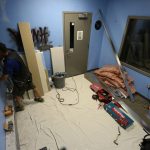 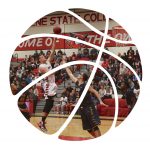