“The Beatles: Eight Days A Week” is a simple, yet enlightening (and hilarious) documentary with enough uplifting, toe-tapping tunes to satisfy even the most hardened soul on the planet.

Earlier this summer, I finally decided to sit down and watch the Beatles’s first feature, “A Hard Day’s Night.”

Almost instantly, it grabbed my full and undivided attention with the upbeat introduction of the titular song. Engaging in playful shenanigans, it was easy to understand how these four boys became legends.

Without the Beatles [John Lennon, Ringo Starr, George Harrison and Paul McCartney], the world would be a very sad place, especially in the era of their emergence. Who would have thought that four unassuming small-town boys from Liverpool, England, would form one of the greatest pop rock groups of all time? Infectious music aside, they are the defining example of everlasting friendship and delivering witty quips. Through all of the trials and tribulations of the touring years, they stuck by each other, cracking jokes along the way.

As impossible as it may seem, you wanted to be friends with them. Thanks to Ron Howard, we’re allowed a special peek behind the curtain to witness their quirky antics firsthand.

For most Americans, a special 1964 broadcast of “The Ed Sullivan Show” was their first introduction to the Beatles, a television event as momentous as the moon landing itself.

It only took one legendary performance of “I Want To Hold Your Hand” to cement their future status. While they weren’t particularly fond of America’s stance on segregation (it didn’t make any sense to them), they were quite fond of the states. Going against the grain, the audience of every concert was mixed – no sections.

In their eyes, everyone was equal, which goes to show how they were ahead of their time in terms of racial politics.

As a newcomer to the history of the Beatles, this documentary was extremely beneficial, allowing me to know them as people first and icons second. John Lennon once stated that they “were more popular than Jesus,” a statement he would later retract because of the immense pressure from religious groups and the media. To be perfectly honest, John wasn’t that far off, based on the actions of the rambunctious fanbase alone.

If any fan was given the opportunity at the time to occupy their private bubble, it would be utter chaos. The archival footage captures hordes of shrieking teenage girls from various audiences, overshadowing the millennial fangirl community by sheer dedication alone. Turn off the sound and these adolescents flail around as if the Beatles were performing a live mass exorcism. 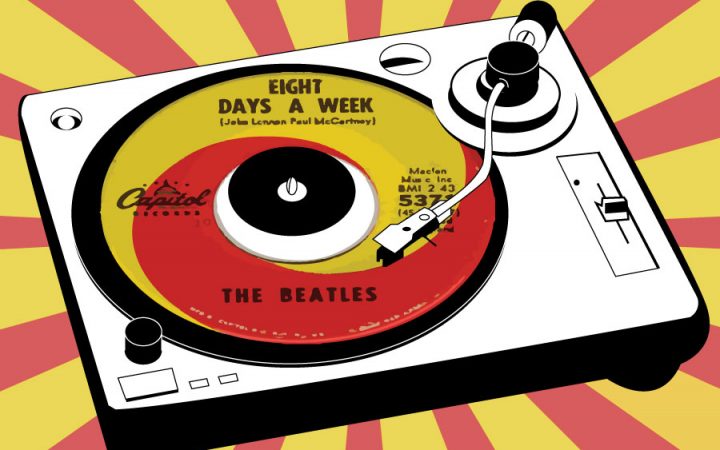 Hell, there was even a concert in which an estimate of over 200 teens (at one event) were rushed to the hospital.

Tell them something they don’t want to hear and they pose a credible threat, forcing the Beatles to contemplate their future as stage performers.

After the constant exposure, it clearly shows a point in which they’re burnt out. They were working so hard that the song “Help!” was described as a near autobiography of their current predicament. It may feel dour to see them lose interest, but hey, that’s common with most music groups.

Although, the difference is that through thick and thin, nothing could ever pull them apart and that’s why they were so appealing. Not only did they write some of the greatest songs of all time, they lived and worked as brothers.

To Beatles aficionados, most of this information is commonplace, but for a newcomer such as myself, this was a brilliant introductory course with incredible replay value.

As great as the film was, the greatest surprise of the night came afterwards in the form of a theater exclusive.

Once the credits for “Eight Days A Week” concluded, we were lucky enough to see thirty minutes of the Beatles performing at Shea Stadium, their largest concert averaging out to over 56,000 people in attendance. 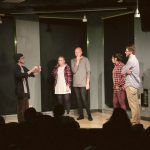