Students who are looking to vote in the upcoming election and have not yet registered can do so at multiple occasions on the Keene State College campus in the coming weeks.

Students were lining up to register as New Hampshire voters on Tuesday leading up to election day on November eight.  A table was set up outside of the bookstore in the Student Center to take down names, addresses and party affiliation to get students ready to exercise their right to vote.

Keene Election Support Clerk Nancy Wilkinson said that so far there has been a steady turnout.

“Students are interested in what’s going on and if we can get them to register early, it’s going to save them a lot of time on November eight,” Wilkinson said.

First time voters also realized the importance of casting their vote in the ballot box this November.

KSC junior and New York native Rory Knox said that he is voting for Hillary in an attempt to help her win the close race he expects will take place in New Hampshire.

It’s one of the most important elections in a long time and honestly, this could go either way.  There’s a lot of people that like Trump and like Hillary…. This could come down to the wire.  So every vote counts,” Knox said.

Students who have yet to register and still want to can go to the student center registration table on October four, 11 and 17.

Voters should bring photo identification, such as a driver’s license with their address on it.  If their identification does not have their address, those assisting with registration have a list with the information for those who live on campus.

Those who live off campus are asked to bring a piece of mail with their current address. 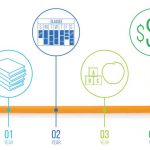 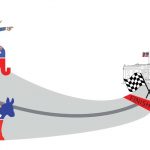