The Brattleboro Museum and Arts Center (BMAC) invited a Keene State College professor to take aim at some of the misconceptions of guns portrayed in the media.

Journalism Professor Dr. Mark Timney presented his talk, “Off Target: What Hollywood & the News Media get Wrong When it Comes to Guns” on September 2 at the museum in Vermont.  The presentation was organized as a part of BMAC’s current exhibit, “Up in Arms: Taking Stock of Guns.”

Throughout the course of the presentation, Timney highlighted main points that the media and politicians have hallmarked as assault-style weapons, such as the AR-15, along with other firearms. The KSC professor, who said he is a competitive shooter, instructor and collector, gave the audience statistics, historical examples, videos and demonstrations using real, disabled firearms to debunk some of what he sees as the mythologies behind guns. Timney argued that it does not matter how many bullets are in a single magazine, or the caliber of ammunition.

While he himself owns multiple firearms and is an avid shooter, Timney said that the goal of his presentation is not to persuade an individual in one direction or another, but to give the audience members the correct information to draw his or her own conclusions. 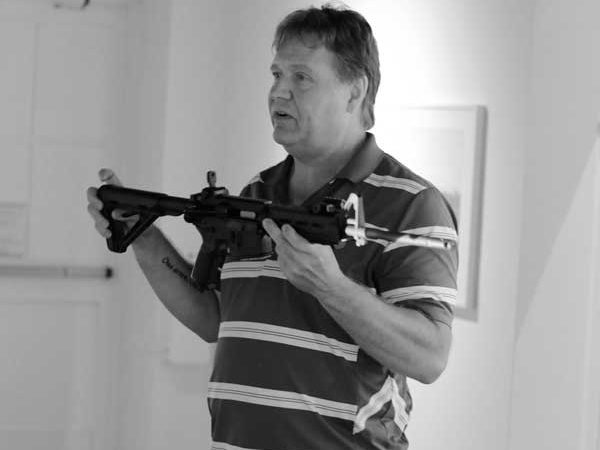 “This is not a debate and people come here knowing this is not political, and it shouldn’t be,” Timney said after the talk.  “As is this exhibit, which is not about the issue of guns, but more just about guns.  Which I think leads to people to feel free to talk rather than yell.”

One of those individuals in the audience Thursday night was Elizabeth McEwen, who said she leaned more toward firearm regulation and came to the museum with an admitted stance on the topic, but didn’t know enough information to fully support that stance.  She said that Timney’s clarification of the stigma surrounding firearms has led her to rethink the extent at which firearms should be regulated.  However, she said that the presented is something that will possibly make her reconsider her exact stance on the matter.

“I think that he had really good scientific arguments for breaking some of the myths we think about automatic weapons and the [different] types of rifles.  So, that being said, I have to take that and mull it over, think about it and then see what kind of an impact that has on my stand moving forward,” McEwen said.

Another audience member, Walt Lewandowski, who knows Timney through the club at which they both shoot, said that his friend’s presentation proves guns aren’t the issue people should be worried about, but who should be able to obtain these weapons.

“A gun or knife or a baseball bat isn’t going to hurt anybody until somebody picks it up.  I think we need to focus on the type of person [that] picks it up,” Lewandowski said.

Both Lewandowski and McEwen pointed fingers at the media for reporting bad, uninformed information as a main cause of ignorance on the subject.  Timney said if journalists would take the time to educate themselves, there might be room for compromise.

“It’s like [if] you had to cover NASCAR, yet you don’t know anything about car-racing. And that’s exactly what journalists are being asked to do,” Timney said.

The exhibit itself contains numerous paintings, photographs and other works of art that depict the artist’s commentary on gun-culture in America.  BMAC Director Danny Lichtenfeld said that the exhibit, which has been on display since June, was to show artwork that expressed American identity in a controversial way.

“[Guns] seem to be a never-ending current issue,” Lichtenfeld said. ”Not only was there plenty of artwork out there, and we could put together a powerful exhibit, but it would also potentially resonate with people’s lives in a way the others might not.”

Timney’s talk was  one of five lectures to be given during the length of the exhibit, which runs through Oct. 23.  The next talk is set to take place on Sep 8.

Jacob Barrett can be contacted at jbarrett@kscequinox.com. 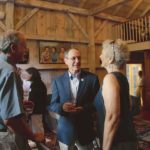 KSC’s past Vice President of Finances runs for State... Previous
Keene State partners with Adidas Next 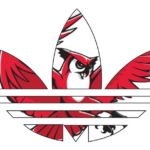