For his country and for Keene

Keene State junior and first-year transfer  Will Salta now serves as the center-back for the KSC men’s soccer team after serving his country for nearly four years.

Salta, after spending a year at NHTI, came to Keene state at the start of the fall 2016 semester and, before that, he was stationed in California during his time as a U.S. Marine  infantryman. According to Salta and Head Coach Rick Scott, KSC had its eye on the veteran before he enlisted as a senior at Laconia High School.

“We recruited him seven or eight years ago,” Scott said.

The years that have past since that first recruitment attempt haven’t resulted in any sort of decline in Salta’s play.

According to junior forward and Salta’s teammate Riley Steele, there are two things he mentioned on multiple occasions that set Salta apart from a lot of other players he sees on the field.

Steele added that the 24-year-old’s engine isn’t the problem.

“If anything, it’s us being able to keep up with him. That kid, he just never stops. It’s great to see,” Steele said.

The Laconia native said he joined the Marines for a sense of direction, discipline and work-ethic.

“Honestly, I was just a misguided kid back then,” Salta said.

He said he was able to pick up that drive and work ethic while in the military and carry that over to his civilian life at KSC and on the soccer field. He said that his experience in the Marines gave him the drive he needed to keep pushing for his teammates, even when things aren’t going their way. 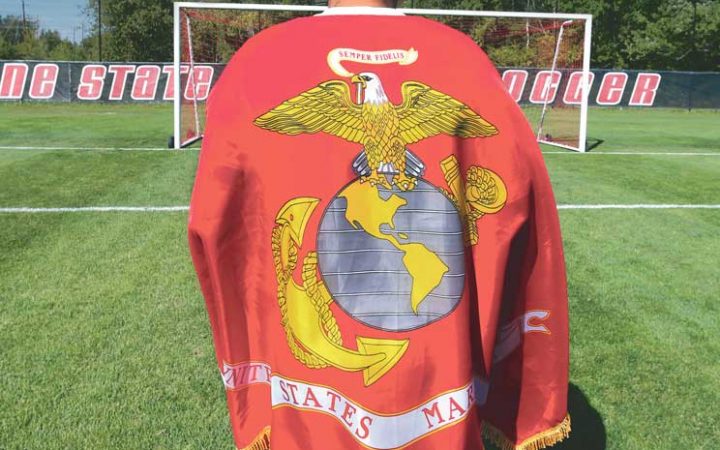 That work ethic was apparent to Coach Scott and players on the team.  After coming to Keene State, Scott said he needed to put Salta, who had become accustomed to playing forward in the past, in at center-back, a position that he had never played before. Salta did it, knowing it was in the best interest of the team.

Scott, who also came to Keene State and played center-back after coming in as a forward, has another thing in common with his new player. Scott said that he had served in the U.S. Army in Vietnam. They both said that connection gives them a better understanding of one another.

“I have the utmost respect for him, and he’s just a real asset to our team,” Scott said.

Aside from being at a new school with new teammates and playing a new position, Salta faces another challenge both on and off the field. He’s blind in his left eye. The injury, he said, occurred due to an eye gouge during training while he was still in the military.

The injury has caused a lack of depth perception and loss of half his vision, which he said sometimes makes it difficult to see what is on the field and where the ball is coming from.  To compensate, Salta said he and his teammates are very vocal about what’s coming his way.

These attributes, in the minds of Scott and Steele, are why Salta was named a captain in his first season as an Owl.

Salta said he was surprised by the nomination, but was ultimately honored by the role bestowed to him by his teammates.

“I love that my team trusts me enough to guide them through the season and hopefully lead them where we want to go,” Salta said.

Steele said that he is confident his new teammate will do his part to get the team over the hump.

While he is trying to help his team get to the LEC playoffs, Salta said he is also trying to adjust to civilian life on the KSC campus where he has much more freedom and time on his hands. While he’s been trying to build new friendships outside of the military, he said that his time in the military helped him build friendships that will last for years to come.

“I formed bonds that I’ll have for the rest of my life,” Salta said.

He is reminded of that bond by a bracelet which reminds him of one his friends from his time in the service who has passed away. He said he keeps it with him wherever he goes. 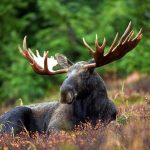 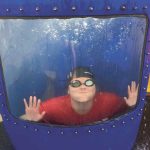