‘The Huntsman: Winter’s War’ gets the cold shoulder

As a dark and gritty retelling of the classic fairy tale, “Snow White and the Huntsman” remains a cliche, yet admirable effort. Charlize Theron’s outrageous performance, along with Rupert Sanders’s striking cinematography fit the bare requirements for a decent summer popcorn flick. Reports of a sequel rumbled around Universal until word got out that married director Rupert Sanders and star Kristen Stewart were having an affair off-set.

The scandal indicated that Kristen Stewart wouldn’t return as the titular character and a spin-off would be produced instead, revolving around Chris Hemsworth’s Huntsman. Did this prove to be a smart decision on Universal’s part or a cheap attempt to make a quick buck?

When tragedy befalls Freya [Emily Blunt], her inner abilities mature, culminating in the birth of the Ice Queen. Along with her malicious sister Ravenna [Charlize Theron], Freya uses her heartlessness to kidnap the children of local villages and raise an army of huntsmen.

As they blossom into battle-ready warriors, Freya’s finest protectors Eric [Chris Hemsworth] and Sara [Jessica Chastain] romantically confide in one another. Breaking Freya’s golden rule on love, Eric is separated from his beloved. Years later, an unexpected reunion brings them together as Ravenna (back from the dead) concocts a plan to rule the land with Freya by her side. 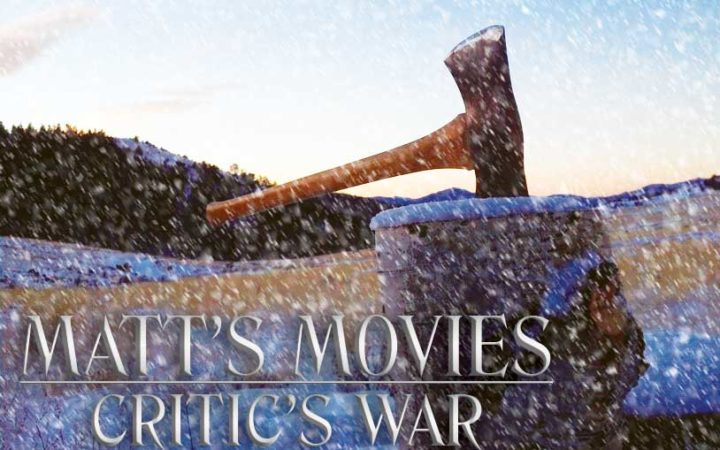 Mirror mirror on the wall, who is the blandest of them all? When the immortal Liam Neeson sounds bored while narrating the exposition, you’ve got a problem. The Huntsman: Winter’s War reeks of corporate greed trying to capitalize off of the immense success of Disney’s Frozen.

While Emily Blunt fits the costume quite nicely, there’s no doubt in my mind that Universal wanted her to emulate Elsa. Although the analogy doesn’t go too far, they forget what made the character interesting to begin with – her personality.

When put to the test, Blunt is a powerhouse actress, but the lack of emotions inhibits her ability to embody a tragic antagonist.

Aside from lying about the film’s prequel status, it also fibs in regard to the presence of Charlize Theron. In making their audience believe she’s one of the main antagonists, many will be disappointed when they learn of her limited screen time. Even though her resurrection doesn’t make much sense, Theron is easily the best performance. She seems to be the only one who’s having any kind of fun within this fantasy bummer.

But what about the Eric the Huntsman? Chris Hemsworth seems to be one of those talents that’s constantly screwed over by the mediocrity of the projects he chooses, and this half-baked spin-off is no exception. The impressive production design may allow the colors to pop out more vividly than before, but the lack of an intriguing story makes this entire effort feel pointless and completely unnecessary.

Does this give any indication as to why Hemsworth’s presence is less than relevant?

Like most unwanted sequels, “Winter’s War” suffers from a severe case of identity crisis. It wants to harken back to the days of the ‘80s adventure film without understanding what their purpose was.

Adventures are meant to excite, to explore new worlds and the creatures that inhabit the landscape. As the protagonists slog along from scene to scene, not much comes of their actions.

They encounter a threat, fight that poorly rendered threat and move on as if peril is commonplace. If there aren’t any stakes that our heroes can overcome, then what’s the point?

Not only does the romance between Chris Hemsworth and Jessica Chastain (sporting an atrocious Scottish accent) come across as contrived, the narrative’s focus is so aimless, there’s time dedicated to a love story with the dwarves (Nick Frost and Rob Brydon) and their ladies.

If anything, The Huntsman: Winter’s War comes across as the installment the studio would usually churn out with plans to release it direct-to-dvd.

Captivating images aside, there’s next to nothing that warranted this unnecessary prequel/sequel to even exist, other than to capitalize off the name brand. After seeing the film, I have to ask  (because the story never explained it) where was the “Winter’s War?!” 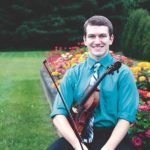 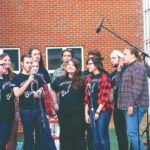