When I was a child, I remember telling my mom how I would prefer the person get imprisoned for life than be sentenced to death.

When asked why, I would always say the same thing, that I don’t believe there should be any more killing.

From a moral standpoint, two wrongs do not make a right. If someone murdered another person, it would be easy to say a life for a life; however, if we did put that murderer on death row, would that make society any better?

What are the benefits of the death penalty? What would anyone gain from putting a person to death?

Other than achieving revenge on the highest possible level – nothing. That person dies; there’s nothing more to it than that.

Believe it or not, the death penalty costs our government more than sentencing someone to life in prison.

To put this in perspective, there are over 700 people in California on death row.

Additionally, in other states it is confirmed to be more expensive to put someone on death row than it is to keep them in prison.

Another reason why I favor life in prison over the death penalty is that I feel the latter will not give the criminal a good enough lesson.

Initially someone might be scared out of their mind because nobody wants to be killed. However, I feel that the death penalty only reinforces negative behavior because the justice system is voting to kill.

I also believe that a criminal’s mindset can change while they’re on death row, which gives me all the more reason to oppose it.

I believe during their time in prison criminals may have a shift their perspective and world view.

I feel that reformed criminals who spend life in prison could potentially impact prisoners around them. There are effective rehabilitation programs in prison that can reform prisoners and help them do good.

One such example is Jimmy Boyle. Boyle was an ex-gangster who was convicted of murder and sentenced to life in prison.

He was then put through a rehabilitation program for prisoners that completely reformed him.

He went from behaving so badly that he was put in solitary confinement, to being a reformed person who turned his life around and became a famous artist.

Another notable example was Stanley “Tookie” Williams, co-founder of the Crips. Williams was put on death row for killing four people and received a Nobel Peace Prize nomination four times for helping reform people through means such as writing anti-gang books that target teens and children to prevent them from making the fatal mistakes that he did.

If the person has the potential to reform and became a positive influence to others, why put them to death when they have so much potential?

The death penalty is slowly being phased out in the United States as many states continue to abolish capital punishment. This is something that should not be happening in America. You can probably tell what end of the political spectrum I am on, and that is okay.  I’m not going to be a Democrat writing this and support the death penalty because of a certain crime like the Cheshire Home Invasion triple murders in Connecticut back in 2007.

There is a reason why the death penalty is currently around in some states, and that is because governors and legislators realize that some crimes deserve this punishment.

Since 2007 there have been seven states that have abolished capital punishment, according to the Death Penalty Information Center.

For example, according to the Death Penalty Information Center, the state of New Hampshire statutes are the following: , “Murder committed in the course of rape, kidnapping, drug crimes or burglary; killing of a police officer, judge or prosecutor; murder for hire; murder by an inmate while serving a sentence of life without parole.”

However, in states such as Texas, the death penalty  statute states, “Criminal homicide with one of nine aggravating circumstances.” That means, yes, someone has to commit a murder; however, there are checks for the system. A defendant needs to commit a murder with any one or more of those factors to be sentenced to death.  A number of other states have mitigating or aggravating circumstances. One factor that many states have, according to the Death Penalty Information Center, is if “The murder was especially heinous, atrocious, cruel or depraved.” A more recent example of this was in Texas. Pablo Vasquez was executed on April 6, 2016, for the murder of a 12-year-old boy back in 1998. WGNtv.com reported that Vasquez slashed his victim’s throat, beat him with a pipe and also cut off one of the boy’s arms. In addition, Vasquez drank his victim’s blood. This murder would be covered by the aggravating factors in many states. Also, many states include the act of murdering a minor in their death penalty statutes.

The third reason is that the criminal will have time to think about being lead into the chamber to die. The criminal will experience the fear that their victims felt before and while they were being killed.

One argument that people have against the death penalty is that it costs too much money with the appeals, and it would be easier to put the inmate in prison for life as it might be cheaper.

However, the burden an inmate would have from continuing to work on their appeals with an attorney is enough for me.

That is the ultimate ‘screw you’ in my opinion, as you need to fight to stay alive. Life in prison without parole is way too easy, as an inmate just sits there and waits to die.

In addition, on death row many inmates find themselves spending around or over 20 hours in a single cell in isolation. In some states, the inmates do not get recreation time, as inmates with life with parole in many states do.  There is no reason a person who commits a crime of such a horrible nature should have these privileges. If you think about it, their victims do not have those privileges right now. The death penalty is certainly an issue in the United States, and it will continue to divide people.

However, if the crime fits the statue it needs to be tried as a capital offense. We need to continue to get justice, enforce the laws and uphold the constitution.

Brian Clemmenson can be contacted at bclemmenson@kscequinox.com 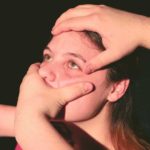