“Fire Up the Night” took place Monday, April 11, at 8 p.m. on the Fiske Quad and was put on to bring light to mental health with a focus on depression.

Keene State College’s Counseling Center put on the event. They also had support from campus organizations such as PRIDE, Active Minds and Common Ground, as well as The Samaritans and Monadnock Peer Support in the community.

Mona Anderson, assistant director at the Counseling Center, commented on the idea behind this event.

“Fire Up the Night was the culminating event for a larger initiative that we launched this semester. The overall project is about hope with the slogan, ‘Hope Matters. Share Hope, Save a Life,’” Anderson said. 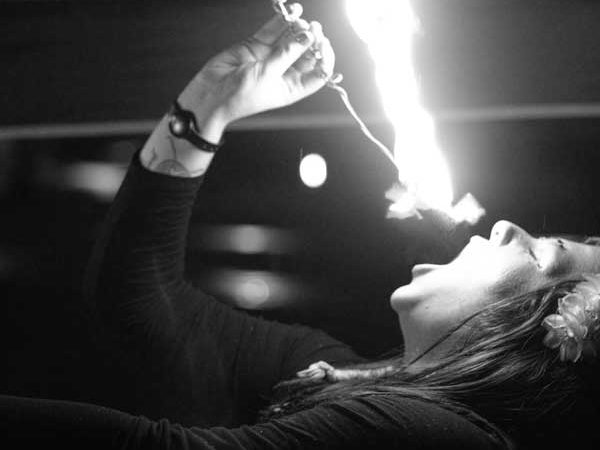 “Feeling hopeless is a key experience when feeling depressed or suicidal. We know from the research that recapturing hope is important to reducing depression. In addition, hope improves resilience and mental health, sustains energy and facilitates positive changes,” Anderson said.

The event was composed of booths that provided activities and gave out information, as well as live entertainment.

One of the entertainers, Jade Dixon, performed a dance referred to as “hula hoop dancing,” and finished with a fire dance. Dixon commented on how she got started in hula hoop dancing.

She said, “I discovered [it] back in 2010 when I was at my first music festival at Bonnaroo in Manchester, Tennessee. I saw this woman spinning an LED hula hoop, and it was absolutely mesmerizing. I decided right in that moment that I had to learn. When I returned from the festival, I went to Dollar Tree and bought a $1 hula hoop that was way too small for me, and I started looking up ‘basic hula hoop dance tricks.’ From there I started to learn tricks, and then upgraded to a larger and more professional hula hoop.”

Dixon commented about her routines, and how a lot of the dance is all about going with the flow and finding a rhythm.

“I do make up my own routines. Some performances are more planned out than others. There are a lot of times that I won’t plan my routine for a performance because I feel like that is the beauty of hula hoop dancing is finding that ‘flow.’ I also notice that when I am in a state of ‘flow’ then people really respond positively to the performance,” Dixon said.

A few people commented on the positive impact that the live entertainment had on the event.

First-year Morgan Sulham said, “It helped to engage the people that came and made the experience more personal. The event was about giving hope to people who are in a dark place, and I think that the performers sharing their talent in the rain was a really nice metaphor for it all.”

First-year Courtney Sheehy agreed. Sheehy said, “I think it brought a sense of community among the entire event as a whole.”

Mona Anderson summarized the power of the entertainment. She said, “Hope is about light, joy, and energy. The music and speakers add those other ways to think about how we can share hope.”

Isabel Tisdale can be contacted at itisdale@kscequinox.com 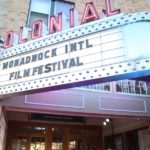