While Disney may rule everything under the sun, it’s not wasting any of its efforts. “Star Wars” and the Marvel Cinematic Universe are crushing it with critics and audiences alike, as expected. “Tangled” set the template for the Disney’s Second Renaissance and advanced from there, amounting to hit after hit with no end in sight. Out of their recent filmography, “Zootopia” is their most mature project in quite some time.

From a young age, Judy Hopps [Ginnifer Goodwin] always believed that she could help others despite her short stature. Through perseverance, she becomes the first rabbit officer in Zootopia, a massive city where predators and prey live united. As the new recruit, she’s not taken seriously, especially by her boss Chief Bogo [Idris Elba]. When Judy lands an impossible case, she’s given 48 hours to show some results. In order to retrieve the information she needs, Judy recruits the help of Nick Wilde [Jason Bateman], a sly, con artist fox that constantly throws trouble her way. When it’s revealed that this case threatens the very nature of Zootopia and its citizens, the two of them race to uncover the conspiracy before it’s too late.

The concept of anthropomorphic animals is not a new idea, and judging by the slate of animated films later this year (“The Secret Life of Pets,” “Sing”), they’re not going away anytime soon. Yet, I doubt most of them will reach the complexity of “Zootopia,” the most family-friendly movie ever constructed about bigotry.

Unbeknownst to me before the film started, “Zootopia” covered the gamut of racial profiling, discrimination, sexism, stereotyping and use of narcotics. I was honestly not expecting to give this much recognition to a film where animals perform the everyday tasks of humans. But, to my astonishment, the messages came across loud and clear without being hammered in to the point of being preachy.

Many of the mature themes in “Zootopia” are relevant to today’s modern culture and serve as a damning commentary that the world desperately needed. In an age where prolific hate is rampant, the release date couldn’t have been better. Judy Hopps is told early on that the world isn’t some type of fairy-tale musical; it’s a complicated system. While sounding downbeat right off the bat, there’s an abundance of humor throughout.

Perfect casting comes in the form of Ginnifer Goodwin and Jason Bateman, a buddy cop duo that function as the perfect model of yin and yang. Both are flawed in their own respect, yet neither can work properly without the other to keep them in check. The banter between a rookie cop and a portrayed common criminal leads to witty dialogue that never ceases to make me chuckle. Even the most cynical humorist will manage to find something in “Zootopia” that puts a smile on their face. I felt as if Edgar Wright left Marvel’s “Ant-Man” to work on this production because the breakneck speed of the jokes is constant from the get-go.

If you missed a gag because it went by too fast, it guarantees that you’ll have a great time discovering it upon a second viewing. While kids will find enjoyment with the animals, the adults might have a better overall experience. Much of the humor is aimed toward older audiences who can understand the complexity of the world Disney is commentating on. Sloths speaking one word at a time is amusing to children, but the idea that they run the DMV will fly right over their head. I mean, how else are you going to explain a yak voiced by a “relaxed” Tommy Chong that runs a “naturalist” (nudist) colony to your children?

Although, my favorite running gag, which is also seen in the trailers, is a rat that clearly parodies Marlon Brando’s performance of Don Corleone in “The Godfather” to perfection. Anytime this rat was brought on screen, I was in near tears of laughter from the delivery and subtle references to the film. Also, keep an eye out for a few shots that Disney takes at itself.

The side characters [Alan Tudyk, Jenny Slate, J.K. Simmons, Nate Torrence, Bonnie Hunt, Don Lake and Octavia Spencer] are thoroughly humorous, but when it’s time to buckle down and get serious, “Zootopia” doesn’t shy away from the real world. Children will be safely injected with a dose of reality that doesn’t discount dreams and happiness but informs them that they may not succeed at first.

“Zootopia” stands out from all the rest because it has the backbone to teach the detrimental effects of casual racism within a progressive society, all within a family movie about talking animals no less. From the intricate details of the gorgeous animation to the the timely message of acceptance, “Zootopia” is yet another major win for Disney’s animation department. 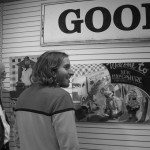