Keene State student voters leave their impact on the Primary

When it comes to getting to the polls to vote, often times Keene State College students are discouraged by the distance from campus to the voting ward stations. However this year students said that they felt the campus provided the resources to make a trip to the ballot box successful and the city has the numbers to prove it. Among the students interviewed, a majority of them said they were supporting Senator (D-VT) Bernie Sanders.

According to the City of Keene NH Presidential Primary Election results, Sanders totaled 4,753 votes among the five wards.

Ward one brought in the most votes for Sanders totalling 1,085 votes. Ward one is a unique voting location because it includes the Keene State College campus as well as surrounding neighborhoods that off-campus students reside in. 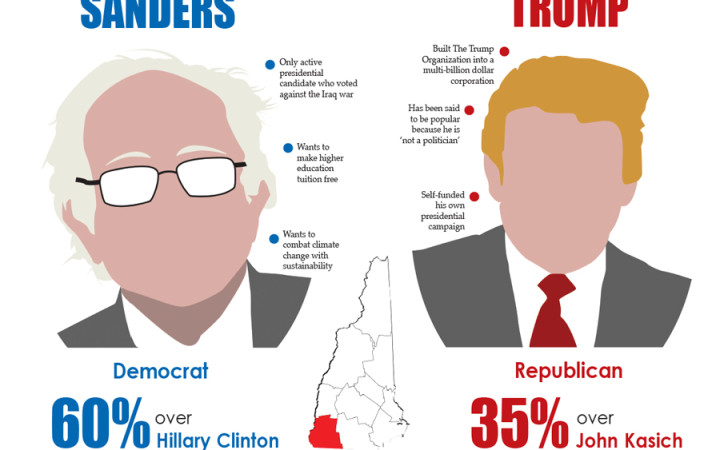 KSC first-year student and first-time voter Andrew Starac said, “ I voted for  Bernie Sanders because it seems like he’s a little bit more for the people rather than politics. I feel like he’s got a good approach to a lot of decisions that are important.”

“A lot of people came and visited our classes, reminding us to vote. A lot of the professors also reminded us. I think if people didn’t get here it’s their own fault. There’s a lot of stuff happening,  there’s plenty of shuttles, you know what I mean? Students have access to a lot of information,” Bedare said.

Among the various on campus clubs and outside organizations tabling in the student center atrium on Feb. 9, one particular organization, NextGen Climate, was very active in gathering college voters. According to NextGen Regional Field Director Brian Rogers around 560 students used the shuttle service they provided. NextGen also sent out text message reminders throughout the day to go vote. KSC first-year student Kali Sequeira said the ability to make a difference is what motivated her to vote.

“There were a lot of people on campus advocating for different people and I feel like I was very well-informed. I even did some research myself,” Sequeira said.

KSC first-year student Lydia Tartamella said she believes that the students were well-represented in the primary.  “I think it’s important because they should be able to voice their opinion in voting for the next presidential candidate,” Tartamella said. KSC sophomore Kendra Lonergan said young people need to take advantage of the power of the vote.

“It’s our future, we’ve got to take control of it now,” Lonergan said. For students who wish to stay up to date with how the candidate they voted for is doing throughout the U.S., make sure to check out the Nevada Caucus and South Carolina primary both happening on Feb. 20.

Kendall Pope can be contacted at kpope@kscequinox.com 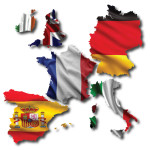 Kendall Pope is a senior at KSC majoring in Journalism. Kendall is the Managing Executive Editor for The Equinox. Kendall is also has minors in broadcast journalism and public relations. Her career goal is to be a multi-media journalist.