In the past couple of weeks, Keene State students have been in the presence of the potential next President of the United States and they aren’t even aware of it.

Underdog presidential candidate Dennis Andrew Ball has been trying to increase his standings in the polls by campaigning around the Monadnock region, including Keene State College.

Mr. Ball had a table set up in the student center atrium on Monday, Feb. 8th, where he was giving away free hats and t-shirts to Keene State students supporting his cause.

Additionally, Mr. Ball gave a speech in the Mountain View Room offering solutions to the student debt crisis and issues of immigration on Jan. 25th.

According to Mr. Ball’s campaign website, Ball2016.com, “The American Party of America/AOA-ANC was formed in 1995 and continues to attract those who put family first and make their mark in the lives of those within their community and for the good will and betterment of all people they touch. The time has come for all Americans who believe in the traditional family and its survival to stand up & vote American Party of America/AOA by and through the American National Committee/ANC”. Mr. Ball, a graduate of the University of California San Diego, has written two books surrounding his views on American politics.

The first and most notable of Mr. Ball’s publications, “THE BALL DOCTRINE: Creating Peace & Prosperity in Every Nation”, addresses issues in today’s America and suggests solutions for the betterment of the traditional family structure for the nation and world.

More information on Dennis Andrew Ball and his presidential campaign can be found at BALL2016.com.

Jake Coughlin can be contacted at JCoughlin@kscequinox.com

Dean of Students weighs in on Campus Climate Survey Previous
Senior joins a ton of clubs last minute to fill up her... Next 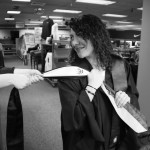 Jake Coughlin is a senior Journalism student. He is from Darien, CT and now resides in Keene, NH. Jake was previously the Multimedia Director of The Equinox before becoming Administrative Executive Editor. He also produces independent documentary films and hopes to work on documentary films after college. He also works for Keene State Residential Life Maintenance.