After 70 years of haunting, Harriet Huntress continues to make residents question noises in the night

Built in 1926, Huntress Hall has been rumored to be haunted by the ghost of the building’s namesake and board of education director Harriet Huntress [1860-1922] for decades.

Huntress Hall was an all-female residence hall until the beginning of World War II, when KSC was still known as Keene Teachers College. At this time, the US Navy began training pilots in Keene and used the residence hall to house male American naval trainees. It was then when residents inside Huntress Hall began to report hearing strange noises in the attic. The noises heard were described as the sound of a rolling wheelchair, creaking and squeaking back and forth. It was then believed that the sound was coming from Harriet Huntress’s own wheelchair, which was kept in the building’s attic after her death.

The rumor behind the ghost’s motives for haunting the building is that she hates men and promiscuous women. She’s even believed to be most active when students are having sex in the dorms, Arroyo said. Now, over 70 years later, Huntress Hall is still believed to be haunted by the ghost of Harriet Huntress, even after the building’s renovations in 2009. 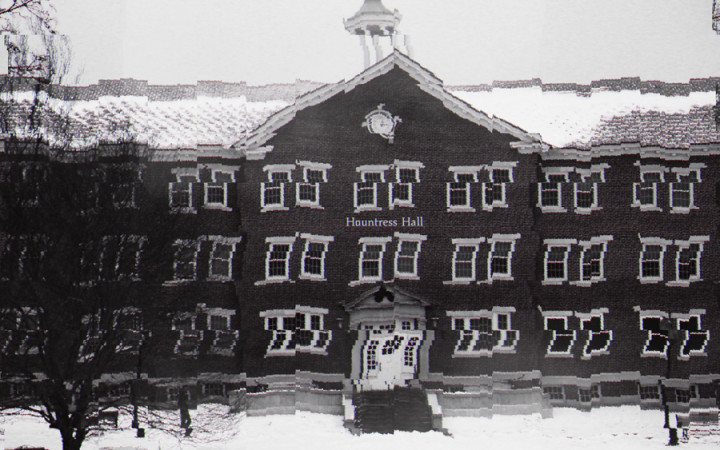 Huntress Hall resident and KSC sophomore Dorothy Arroyo said she firmly believes that the ghost of Huntress lurks in the attic, especially after she experienced what she thought was a paranormal encounter with a friend.

On one occasion in the middle of the night, Arroyo said her friend sent her a text saying “Oh my god, I just saw Harriet in the bathroom.”

After going for a walk together to escape what was believed to be the spirit herself, Arroyo and her friend returned to the bathroom.

When the coast appeared to clear, her friend began brushing his teeth. While brushing his teeth, the shower curtain in the bathroom suddenly moved, terrifying them both. “He just booked it out of there. He didn’t even check if there was someone there,” Arroyo said. This year, Arroyo lives in the third floor of Huntress Hall, just below the attic where Huntress supposedly lingers. On another occasion, Arroyo said she heard a blood curdling scream in the middle of the night while she was asleep. “At around three o’clock in the morning I woke up to this girl just screaming at the top of her lungs,” Arroyo said.

After looking out her window and into the hallway, no one was there.

Oddly enough from a spiritual perspective, 3 a.m. is the supposed “the witching hour,” when spirits and ghosts are supposed to be at their most active. “It took me until this semester to be able to leave my dorm to get up in the middle of the night,” Arroyo said. On a third occasion, just over winter break, one of the rooms on the third floor’s ceiling collapsed.

Arroyo said, “Luckily it was over winter break so no one was actually there.” Although it’s possible the collapse could’ve came from water damage and other factors, the room ironically belonged to male students.

While knowing of these strange encounters and happenings linked to the attic, Arroyo said, “I definitely believe that Harriet’s real and that she likes to make her appearances and spook people.” Fellow Huntress resident and sophomore Melissa Wydra said she believes in ghosts, but that she is not sure if she believes in the stories of Harriet Huntress and her wheelchair.  “Some people say she only haunts men not women…If you ask most people they just like to spread the rumor that it’s haunted and don’t even know anything about it,” Wydra said.

Although skeptical, Wydra admitted that she has heard weird noises in the bathroom by herself at times, but she may not get the full ghostly treatment because she lives on the first floor. Residence Director for Huntress Hall Adam Gray said he was unsure if he is a believer in the ghost stories. When asked to comment, Gray said, “I don’t know. I’ve never had a reason to. I’ve actually worked in past schools where the buildings were supposedly haunted and I fully believed in them because things happened that were unexplainable in those buildings.” Gray also said he never could feel any kind of ghostly energy in Huntress in the same way he did in other buildings, which could be a result of the fact he does not live in there and is not in the building as often as others. Regardless if you are a believer or not, Gray said the ghost stories are an opportunity to appreciate KSC history.

“I’ve always wished that the walls could talk because of the stories they would tell,” Gray said. “Whether or not you believe in Harriet, believe in the fact that Huntress is rich with history and is a cool building to live in.” 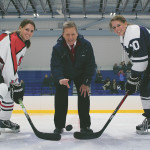