Across such a diverse filmography, the Coen Brothers have managed to display their range as legendary writers and directors. They have such a keen sensibility of writing some of the strangest yet most mature films of our time. They can bounce from themes of troubled faith (“A Serious Man”) to something as simple as a kidnapping plot (“The Big Lebowski”). Nevertheless, with each individual effort, you’re guaranteed an outlandish experience you won’t get anywhere else. In “Hail, Caesar!,” the Coens take on one of the largest systems there is – Hollywood!

Eddie Mannix [Josh Brolin], head of Capitol Studios can guarantee that he’ll never have a dull day in his entire career. When Baird Whitlock [George Clooney], one of the studio’s biggest actors is kidnapped from the set, it’s only one of many things that Mannix has on his timeline for the day. Maintaining the public image of his stars, meeting with dignitaries, keeping the tabloids quiet; Mannix sure can’t catch a break. As we explore this hectic 1950s movie studio, join along for the ride with such an astonishing ensemble [Scarlett Johansson, Jonah Hill, Channing Tatum, Aiden Ehrenreich, Tilda Swinton, Ralph Fiennes and Frances McDormand] that’s sure to keep you riveted.

With all of these grand names flashing across the screen, it’s hard not to get sucked into this era, a world gone but not forgotten. The Golden Age of Hollywood truly was a landmark in the era of American cinema where if you wanted to be a star and had the talent to back it up, everyone would know your name. Studios such as Warner Bros, MGM and 20th Century Fox ruled the silver screen while the rise of television was in hot pursuit.

When the movie begins, you can tell from Mannix’s first words that he’s seen better days. He’s assertive, he knows what he wants out of his employees but can also be a sweet soul when he wants to. Brilliantly portraying this character is the one and only Josh Brolin, a world-class actor who fits this role like a glove.

While Clooney’s kidnapping is supposedly the “plot” of the film, the truth is that there is no true narrative that runs throughout. I tend to look at the film as a day in the life of a studio head instead of a through and through traditional narrative. This works for and against this movie’s offbeat tone.

As Mannix roams around the Capitol sets, it was incredibly fun to see him interact with the actors. Nearly every genre is hit from the “Gene Kelly” type sailor musical to the “Roy Rogers” type shoot-em-up western to the “Ben-Hur” biblical epic. All of the little tributes in these sequences are incredible as it allows us to reflect upon a time long ago. Half of the fun just came from trying to figure out what some of the fake movie posters in the background were.

Gradually, the film does aim to connect its characters to the George Clooney thin plot thread which makes for some hysterical moments. Yet this movie shines in all of the moments they could have cut out including a dance number with Channing Tatum and the world premiere of one of the studio’s westerns. Both scenes had me laughing pretty hard because the history of this time in film all felt so familiar to me.

There’s a deeper layer of the film included but going into it would mean heading into spoiler territory. All I’ll say is this – it perfectly parodies the fear of the American public during this time period. That said, I wish there was a bit more cohesiveness to the screenplay. Major set pieces will switch from one scene to another with not much of a connection. This separates the stories rather than joins them together.

Based on the explicit detail of the sets and the cinematography, the Coen Bros were  infatuated with the days of old Hollywood and in turn, crafted  a well-directed film that leaves you wanting a little more meat on the bone. 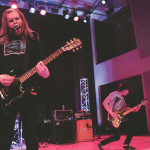 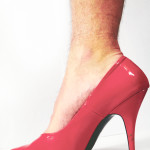