On Tuesday, Feb. 23, Keene State College sophomore Rose Couture was excited to announce that she wore a “cute outfit” to her 8 a.m. class that morning.

According to Couture, this was the first time she had “actually gotten ready for that class this year. No one could believe it.”

Couture continued, “It was literally insane.”

Having woken up earlier than expected that Tuesday morning, Couture said she had enough time to shower, put on makeup and pick out a nice outfit.

“I was wearing a dress, tights and leather boots while everyone around me was totally unshowered and still wearing their pajamas,” Couture said.

Couture said she typically sets 7-8 alarms every morning just to make sure she’ll wake up before her 8 a.m.

“I usually sleep through the first six alarms, but this time I woke up at the first alarm and couldn’t fall back asleep. I decided I’d just wake up then. I honestly don’t know what’s wrong with me,” Couture said, “I even had time to blowdry my hair.”

Couture said that she is “very concerned” for herself.

Couture’s classmate, senior Jim Jimmy, said he has never seen anyone dress nicely for an 8 a.m in his time at KSC.

“I’ve been at this school for almost four years now and know for a fact that no student has ever worn a nice outfit to their 8 a.m.,” Jimmy said, “It’s way too early. It’s just not a thing that students do.”

According to Jimmy, most students just go straight back to bed after their 8 a.m. classes are dismissed because the stress of waking up at a normal hour is just too much on students.

“8 a.m. classes get out around 9:45 a.m. and, like, that’s still really early so everyone just goes right back to bed after. Why would anyone start their day at 9:45 in the morning? That’s insane,” Jimmy said.

Senior Stella McStyles, who is planning to begin a career in the fashion industry after graduation, said she was one of the only awake people on campus who saw Couture leaving her 8 a.m.

“I couldn’t believe my eyes. I thought I had entered some dystopian version of Keene State where everyone suddenly decided to care about fashion,” McStyles said, “A cute outfit to an 8 a.m. class? It’s still such a crazy theory.”

“Honestly, 8 a.m. is really not that early. I’m actually not sure why everyone thinks this is such a big deal,” Jenkins said, “Professors get up and get ready for their 8 a.m. courses every day.”

When asked what her plans for the future of her 8 a.m. fashion choices, Couture said “I don’t know. We’re just going to have to wait and see how awake I feel tomorrow. 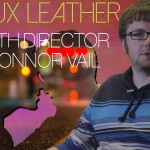 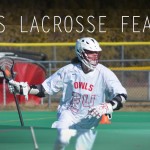