With the limited comic book properties that 20th Century Fox has its hands on, there’s a bit of inconsistency on how they handle them. The “X-Men” franchise contains some of their biggest hits, and yet, they found a way to muck up some of those as well (“X-Men: The Last Stand,” “X-Men Origins: Wolverine”). Last year alone, they concluded the summer with the monumental failure known as “Fant4stic” that left many (including myself) wondering what went wrong. Knowing they have to atone for all of their wrongdoings, they’re putting all of their chips in and betting all on black with “Deadpool” and I gotta say, that was one hell of an apology.

Forget the “Deadpool” you thought you knew from “X-Men Origins: Wolverine.” That interpretation of the character no longer exists. This time, when the mask goes on, Deadpool [Ryan Reynolds] is the foul-mouthed, no holds-barred, mean, lean killing machine we’ve all been waiting for. Under the mask, before his transformation, he’s Wade Wilson, a mercenary for hire that finds the love of his life in Vanessa [Morena Baccarin].

Once Wade discovers that his body is riddled with cancer, he’s offered a cure as well as the ability to perform extraordinary feats. Things take a turn for the worst when Wade’s body is permanently scarred from the experiment, setting him on a revenge path to take out the man that made him a monster, Ajax [Ed Skrein], or Francis, it depends on who you ask. 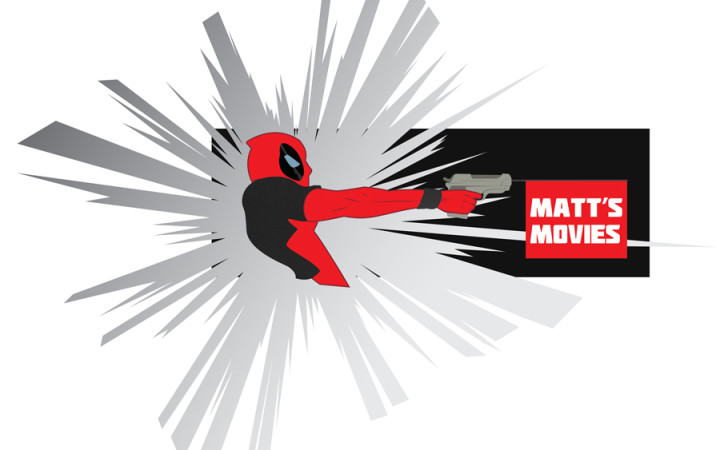 Never has a tone been established as quickly than in “Deadpool” where the opening credits are already making you laugh before the movie even begins. In an age where comic book movies [many of them remarkable] are PG-13, there’s a clear absence of the R rated superhero and this film fills that empty hole quite nicely.

For years, “Deadpool” was a passion project for Ryan Reynolds. He was immensely disappointed as to how the “Merc with a Mouth” was portrayed the last time around and he wanted to appease the loyal fans. Through all of the marketing and the film itself, it seemed destined that Reynolds was born to play this role. Only he could break the fourth wall with such stamina and efficiency.

There are certain expressions that you’ll never hear a Marvel character say on the big screen, so as a character who pushes the boundaries far beyond what’s expected of him, Deadpool says it all. His quotes are incredibly unconventional but when he declares them, they’re that much more hysterical. The meta humor goes above and beyond to break down the tropes of the superhero formula, but does so in a loving fashion for the sub-genre.

This film is a love letter to the flip side of comics where the heroes don’t always follow the code of truth and justice, sometimes they’re just a**holes. Yet, while Deadpool is the way he is, his origin is one of heartbreak. For every moment that Reynolds isn’t in the suit, he makes up for it with recanting his story to us to show how he got to be in this predicament.

Relationships in comic book movies work about 50 percent of the time, but this is a rare case in which the love story is ubiquitous throughout but adds to the narrative rather than taking it away. Ryan Reynolds and Morena Baccarin’s chemistry is impeccable. These two could not be more similar in personality, which makes for some priceless gags, one of them involving a montage that contains one of the funniest things I’ve ever seen in a comic book film.

Best known for her work in the cult series “Firefly,” Baccarin is a lovable burst of energy with a hard edge. Just when you think that she’s going to play the stereotypical superhero girlfriend, she does something that goes against the stereotype. Since her relationship with Wade is as strong as it is, it makes his transformation into this disfigured mutant all the more distressing.

Wade’s transition from mercenary to monster is one of tragedy, pain and suffering. Even while he’s spraying bullets and severing heads, there’s a clear and understandable motivation behind his rage. Most of the hardcore violence is gory to the extreme, but it’s shot in such a way that makes you laugh, rather than sit there in disgust.

All of this, just to get to Francis, the sadist of the film. His malevolent nature is one of pure evil, yet Skrein only manages to reach the surface level. As an antagonist, he has the character down but the personality could have used some work. That’s not to say he was wasteful; I still feel like I got something out of him even if he wasn’t entirely memorable.

However, the two X-Men that follow Deadpool on his revenge path are outstanding. Both Colossus [Stefan Kapičić] and Negasonic Teenage Warhead [Brianna Hildebrand] work as the perfect comic foil for the outrageously immature protagonist. Each have their own unique capabilities that highlights their personalities. Their introduction is only the seed to a much larger plan regarding the X-Men.

Is “Deadpool” a game changer for comic book movies? Yes and no. No because the formula is still in place but as we’ve learned, if you can do something new with it, then you’re perfectly fine. Yes because the success of this film will [and should] lead to more R-rated adaptations of superhero/antihero properties to the big screen.

From start to finish, “Deadpool” was a riot with consistent humor, a believable romance and hard R action that never gets tiring.

Post Credits Scene? Yes, two of them. Don’t you dare leave the theater. You should know better by now! 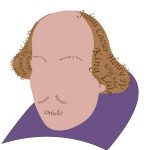 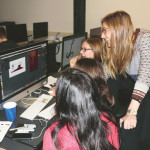