Alumnus figures if he Snapchats past flame enough she’ll respond

Recent Keene State College alumni Blaze Stud told reporters today that he has been working on getting senior Nellie Knope to respond to his various text messages and photos through popular social media app, Snapchat.

In an interview, Stud claimed that he and Knope went on one date during Stud’s senior year at KSC that consisted of “some drinks and a dope make out sesh.”

Stud, who has spent the past nine months since his May 2015 graduation “just figuring it out” in his hometown, said he can’t believe Knope hasn’t contacted him since their date.

“It’s like she didn’t even feel the spark between us,” Stud said, “I’m literally a catch.”

Not letting Knope’s disinterest get him down, Stud said he plans to continue using Snapchat, the popular photo-based social media application, to contact Knope.

“It’s the easiest way to get through to her because I can see when she opens my photo,” Stud said, “I know she wants me.”

Stud explained that most of his friends similarly contact “chicks” this way.

“We figure if we just Snapchat girls enough, they’ll give up and start talking to us,” Stud said.

Gunner has even gone as far as Snapchatting Knope photos of Stud hoping to get through to her for him.

“This morning Blaze and I took a really good selfie at the gym so I made sure to send it to Nellie,” Gunner said. He explained,  “Just trying to help a bro out.”

When asked what type of photos he sends to Knope, Stud responded, “Honestly anything I think that would get her to respond. Shirtless selfies, pictures of my dog, photos of a steak I made with the caption ‘No one to eat this with’ and a sad face emoticon. You know.”

Stud claimed that he has no plans to stop trying to contact Nellie, even if he gets involved with other girls.

“Yeah, I’ve been on a couple dates and I even had a girlfriend for a little while, but that’s not going to stop me from texting and Snapchatting her,” Stud said.

Stud continued, “I know she’s going to respond soon. No girl can turn me down.”

When asked about her apparent date with Stud last year, Knope said, “Oh my God, I’m literally never going on a Tinder date ever again.”

According to Stud, Tinder is a popular dating application used among young people to “swipe right” on other’s profiles to hookup.

“She swiped right, I swiped right. I immediately messaged her ‘sup?’ and then we got some drinks downtown that night,” Stud said.

Knope described the date as a “low point in [her] life.”

“I was going through something. I don’t know. I don’t want to talk about it,” Knope said.

Although Stud said he has no plans to stop Snapchatting her, Knope said she has been trying to figure out how to cut off communication with Stud.

Knope concluded, “Does anyone know how to block someone on Snapchat?”

0Shares
0 0
Dancing at the ‘Disco’ Previous
Say Something Next 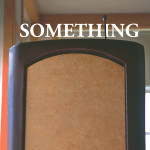