‘The Force’ is revived

A long time ago in a theater far far…well, about 20 minutes from my house, “Star Wars” returned to theaters one last time with “Episode III – Revenge of the Sith,” or so we thought.

After two disappointing prequels beforehand, many dismissed the series as unsatisfactory, generic sci-fi films that didn’t deserve the right to bear the name. “Revenge of the Sith’s” average ending suggested that this iconic franchise would never grace the silver screen again.

In 2012, everything changed when George Lucas sold Lucasfilm to Disney for $4 billion. Once the ink was dry, it was known around the globe that “Star Wars” was indeed alive with a seventh installment on its way. The stakes were unbelievably high as the substantial failure of the prequel trilogy didn’t do well.

Long after the Rebellion conquered the all-powerful Empire, a new threat has awoken known as the First Order, lead by the malevolent Kylo Ren [Adam Driver].

Caught in the crossfire of the First Order are Rey [Daisy Ridley], a inquisitive scavenger devoted to making something of her life and Finn [John Boyega], a former stormtrooper with a change of heart. This new generation, along with the original trio [Harrison Ford, Carrie Fisher and Mark Hamill], come together for a common cause – to restore peace to the galaxy.

As a film critic, as a film buff, as a “Star Wars” fan, I can safely say that “Star Wars: The Force Awakens” was worth the wait as it not only surpassed my expectations but worked as a tremendous foundation for this new trilogy. 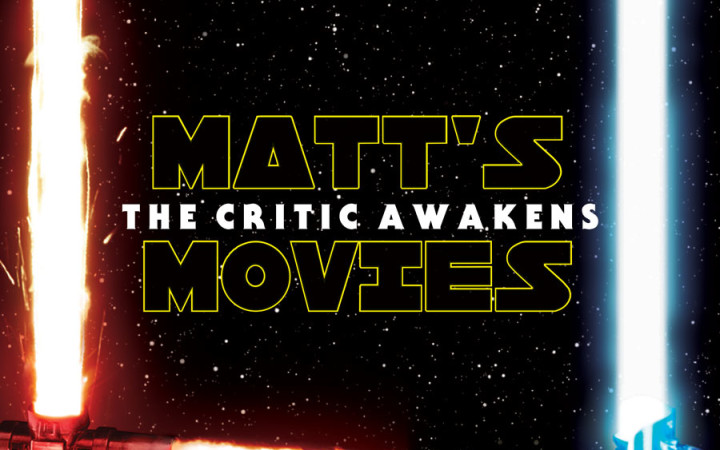 It couldn’t have been more clear that there was an emphasis for the new generation to succeed and they became instant household names almost overnight.

Despite a limited amount of screentime, Oscar Isaac is synonymous with the charismatic Resistance pilot Poe Dameron. With a blend of Han Solo’s energetic cockiness and Luke Skywalker’s tenderness, Poe is the best friend that we all want to have, one that will be by your side in the face of danger. Right from the beginning, it’s clear that he has extraordinary chemistry with anybody who approaches him, especially John Boyega.

From the moment Finn’s introduced, he’s instantaneously understandable as a brainwashed soldier who comes to the realization that what he’s doing is dismaying. Through some brilliant visual cues, we witness his conscience kick in, all before he takes off his Stormtrooper helmet. If you were told one thing throughout your entire life and later found it to be a lie, how does this change your viewpoint of the world around you?

Finn’s defection against the First Order leads him to Rey, who is wonderfully brought to life by the lovely Daisy Ridley.

“The Force Awakens” is Ridley’s first feature film and, because of it, it’s only a matter of time until scripts are landing on her desk. Similar to “A New Hope,” Rey dreams of leaving her home planet of Jakku and traveling among the stars.

As with Boyega, Ridley is an instantly relatable protagonist, one who we want to see succeed. If anything, she’s a huge indicator that more strong female roles are on the way. From their first encounter, Ridley and Boyega embark on one of the most charming friendships in recent memory. The two of them find something in common when they’re at a crossroads looking for a path to go down. It also doesn’t hurt that the adorable BB-8 droid is by their side, giving way to some of the biggest laughs in the film.

These three newcomers (and BB-8) steal the show in nearly every scene they’re in. But “Star Wars” wouldn’t be the franchise we all know and adore without the charm of Han, Luke and Leia. Unlike “Kingdom of the Crystal Skull,” Harrison Ford embodies the lovable scoundrel of the stars that captivated our hearts long ago. Yes, he’s significantly older now, but it works as it adds a layer of backstory that challenges us to speculate what happened over 30 years ago.

Han and Leia’s relationship is one of past mistakes that can be seen through the simplest of human expressions upon confrontation. After all these years, their chemistry is still impeccable through the love they have for one another. As for Luke, his involvement will remain a mystery, but his inclusion in the film was unexpected in the best way possible.

Darth Vader ruled the galaxy with the power of the dark side in the grasp of his palms. This time, our antagonist is Kylo Ren, a flawed adversary that acts as the prime example of what Anakin Skywalker in the prequels should have been. Kylo has the voice and costume to issue his superiority over others but, underneath all of that, he’s a tragic victim of circumstance that tampers with both sides of the Force.

J.J. Abrams magnificently blended the old and the new to create the true sequel to the classic saga. In order to do as such, he had to pull distinct parallels to “A New Hope,” a crutch that many use to criticize this installment.

It does nothing to hinder my enjoyment as both films have different styles that separate them from one another. The familiar beats added a sense of adventure that the “Star Wars” we know and love was known for.

Harkening back to the days of practical effects, this universe is filled to the brim with living, breathing creatures, some of which with about three seconds of screentime. Nevertheless, in those few seconds, they are guaranteed a legacy with the fanbase because they’re real, they’re actually there. The CGI is used sparingly to expand the universe beyond what is humanly possible and it looks great – well most of it. Two characters in particular played by Lupita Nyong’o and Andy Serkis were achieved through motion capture performances where the CGI is molded around their performances.

The performances are great but the CGI is noticeable compared to the practicality of the other creatures roaming around. It’s clear that they were crafted in a computer. The characters are great, but Disney needs to step up the computer work for Episodes VIII and IX.

If there was one aspect of “The Force Awakens” that satisfied me throughout, it had to be its dedication to “show, don’t tell”. Allowing the body language of the characters speak for themselves provided the audience with information instead of spoon-feeding to them.

Science fiction is the genre where there are no limitations and no strict rules. Imagination fuels what we get to see and “The Force Awakens” is a testament to the idea that sci-fi is still strong within the hearts and minds of multiple generations that are willing to board a spaceship and get lost among the stars. 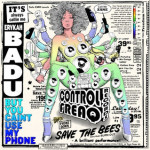 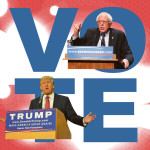