Round of applause for new comedy streaming service

An unlimited amount of comedy is coming to a household computer screen near you. Comedy nerds and fans alike rejoiced at the beginning of this year as NBCUniversal rolled out a brand new comedy streaming service called Seeso.

Seeso, which is a streaming service comparable to Netflix, delivers an archive of old sketch comedy shows, sitcoms, stand up and more and is available at $3.99 a month for subscribed users, according to its website.

Keene State College senior Jay Whittemore is among those excited that Seeso has finally arrived.

“It’s a streaming service basically just for comedy,” Whittemore said, “They’ve got some good stuff on there — Monty Python, The Tonight Show, old Saturday Night Live episodes. They also have some new stuff, which I’m pretty excited too. It’s a really good thing happening in the comedy world.”

According to an interview with Longview News-Journal, NBCUniversal’s executive vice president Evan Shapiro thinks “you deserve to laugh.”

“We want to give you more and better laughter,” Shapiro said, “We’re launching this brand-new product, direct to the consumer, with two thousand five hundred hours of content, twenty original series and a brand-new platform built from scratch. And we are doing it organically, from within, as opposed to making an acquisition.”

KSC junior Sara Garrey said one of her friends is already “addicted” to Seeso.

“She loves it. She was already a huge comedy fan before she got [Seeso], but it has kind of curated everything she loves all together in one place,” Garrey said.

Garrey continued, “They literally have everything on there, like Parks & Recreation and 30 Rock, old stand up specials, and she said it’s kind of geared at a more alternative type of comedy.”

According to about.com, alternative comedy “could be considered antithetical to traditional setup/punchline stand-up comedy. It breaks conventions, giving the performer freedom to do whatever he or she would like.” 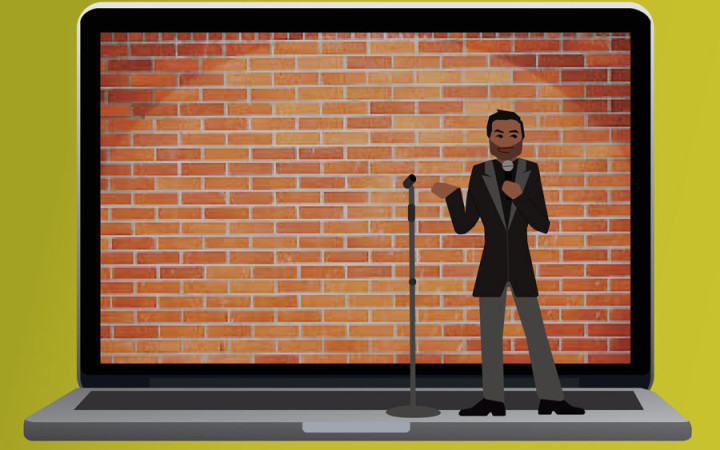 “From a marketing perspective, they’re tapping into this weird alt. comedy scene that hasn’t exactly turned into a market niche just yet, which I think is a pretty brilliant business move but it also provides content for people like me to enjoy,” Whittemore said.

Whittemore is a member of KSC’s long-running improv troupe 3 Ways ’Til Sunday and said Seeso provides a platform for sketch comedy to shine.

“I’m really excited about The UCB Show that is going to be on [Seeso],” Whittemore said, “It’s a sort of live showcase at the UCB Sunset Theatre in LA of various comedy acts.”

KSC senior Samantha Provencher said she is not sure that Seeso is the right streaming service for her.

“I love comedy and I’m excited that it has shows like SNL and all of the late night shows, but I’m not sure if I would be interested in all of the weirder, alternative comedy,” Provencher said.

However, Whittemore said that alternative comedy is becoming the mainstream.

“I think it’s good to expand your entertainment horizons beyond the big names like Game of Thrones or particular dramas, into more alternative, weird, quirky, silly stuff because that is actually becoming the mainstream,” Whittemore said, “I think [Seeso] is going to provide a really interesting outlet. Whether or not it gets people into more alternative comedy or if it just provides a channel for people who are already interested in it, it’s going to be pretty successful either way.”

In the end, Seeso simply aims to make people laugh. 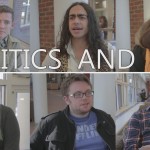 Politics and KSC Previous
Carroll House exhibit peeks into past Next 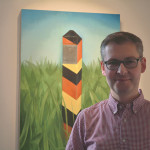