Every child around the world aspires to be good all year long due to one man’s act of goodwill and bribery.

That’s right, the fat man himself, Santa Claus, is the catalyst for most children’s good behavior in hopes that he’ll come down their chimney with a sack full of goodies and leave presents under the tree.

However, for the bad children, getting a lump of coal in your stocking won’t be much of a problem. Oh no, expect “Krampus,” the demon of Christmas, to collect your soul before you can even get downstairs!

As Christmas Eve approaches, young Max [Emjay Anthony] seems less and less attached to his family. His mother Sarah [Toni Collette] and father Tom [Adam Scott] are too busy worrying about what to do once the rest of the extended family arrives.

Once Sarah’s sister Linda [Allison Tolman] and her husband Howard [David Koechner] arrive with their disapproving Aunt Dorothy [Conchata Ferrell] and a slew of bratty children, everything reaches the boiling point. 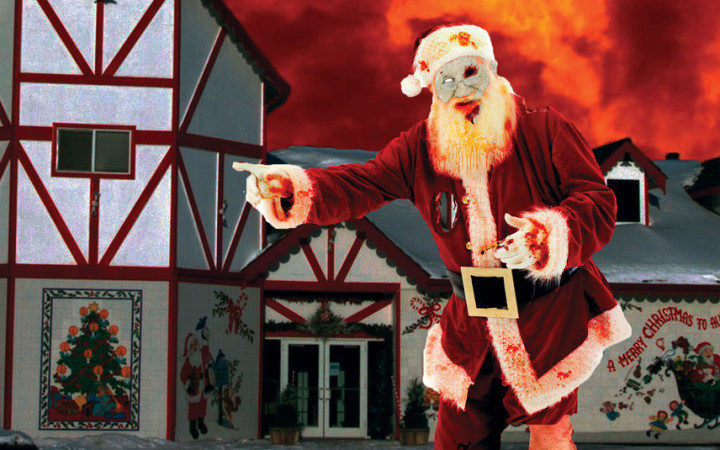 After a fiasco at the dinner table, in a fit of rage, Max officially loses his Christmas spirit and rips up his letter to Santa. Instantaneously, a freak snowstorm immediately blankets the neighborhood, covering the roads in an abyss of snow.

Soon enough, they realize that a demonic monstrosity known as Krampus is dead set on taking this family back with him to hell through any means necessary.

With the help of his Christmas themed minions, Krampus pulls the family apart one by one as they try to survive the night.  So hang your stockings and say your prayers cause Santa Claus will not be coming tonight!

It was about a year and a half ago that I had learned the legend of Krampus, Santa’s shadow that comes down the chimney to collect the bad children and drag them to hell.

Now that his name is exponentially growing within the pop culture, it was only a matter of time until he would get his own film, not counting the knock-offs.

Who better to bring this ancient legend to the big screen than Michael Dougherty, director of the criminally underrated “Trick r Treat.”

It was with the debut of this Halloween anthology where we saw his true love for the horror genre pour out onto the screen.

That love carries over to “Krampus” where you have a relatively funny cast placed in a treacherous situation that the audience can have fun with, not knowing what’s going to pop out next.  We all know those relatives we only see at Christmas because they’re family and we have to put up with them, despite the annoyances they bring along.

As the film progresses along, we get a sense of who these people are and who they can be.

Once Krampus himself is introduced, the fun really begins as every Christmas item you see in a local Walmart is alive and out to eradicate this entire family for not believing enough.

Everybody is just as baffled when it comes to the unpredictable wrath of wicked gingerbread men, an oversized jack-in-the-box and a teddy bear with razor sharp teeth. They remain terrifying as well as funny because of the practicality behind them.

When Krampus is onscreen, his weight and presence is felt because he’s actually there.

This isn’t an insult to CGI but rather what could be done through effects of a practical nature; this helps to validate the intimidation factor of your monster.

While the creatures are worth the wait, it takes a while to get to the fun.

The actors are fine but the humor is grasping for air at times; I couldn’t remember one specific moment when a big belly laugh was imminent.

Because of this, some of the jokes tend to fall flat, making you want to see Krampus even more.

But for all the misfires, there’s enough little bits of humor throughout that add a dark sense of levity to the film.

Walking in a winter wonderland this is not, as the frigid environment alone creates a sense of dreaded atmosphere.

Whenever they venture out into the snow-ridden streets, you feel that gust of winter wind blowing right in your face.

As Christmas themed horror flicks go, “Krampus” isn’t the strongest of the bunch.

But for the remarkable practical effects, chilling atmosphere and exceptional cast, “Krampus” deserves to be recognized among the rest. 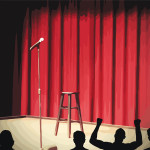 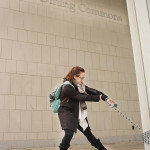