‘In The Heart of the Sea’ sinks from scene to scene

Herman Melville’s “Moby Dick” is a classic American novel about a Captain and his raving obsession with pursuing the giant white whale that consumed his ship and one of his legs. It’s a riveting story of man vs. nature in a battle of wits to see who will conquer the other. “In the Heart of the Sea” is based on the story that inspired “Moby Dick.” Did it prove to add context to the original tale?

As a cabin boy aboard the Essex, young Thomas Nickerson [Tom Holland] witnessed firsthand the horrific events that led to the death and destruction of the ship’s crew. During a routine voyage, a magnificent sperm whale establishes a vendetta for the crew as they chose the wrong sea creature to pursue for whaling. The size of this whale gives the crew more than they bargained for as they fight to stay alive at every turn. The Essex’s Captain George Pollard Jr. [Benjamin Walker] attempts to keep everything together while his first mate Owen Chase [Chris Hemsworth] obsesses over the capture of this monstrosity; meanwhile as they struggle for survival with very few provisions.

The narrative casing of the film revolves around the cabin boy as an older man [Brendan Gleeson] recounting his story to the author Herman Melville [Ben Whishaw] decades after the incident. Many adventures as of late seem to use this storytelling device but the difference here is that the retelling of the story is better and more believable than the story itself. 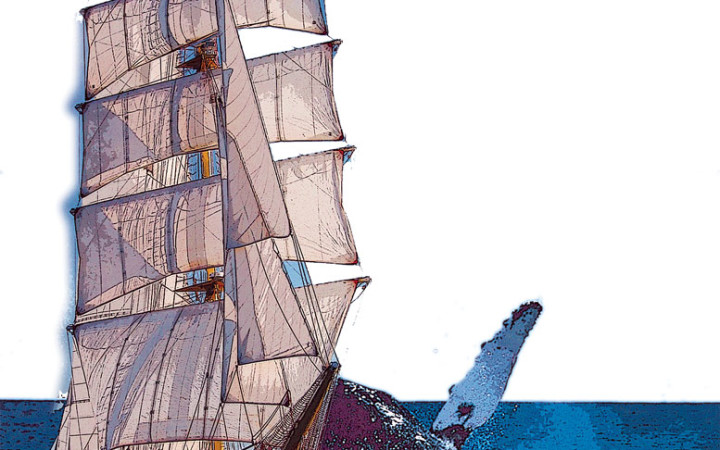 Brendan Gleeson pours his heart out in the very few scenes he’s a part of and yet Chris Hemsworth, while not giving a bad performance, is in a majority of this movie grasping at straws with weak character and a noticeable accent change. All of the other actors follow suit as they try to stay relevant, but when their personalities have no life, it’s hard to care for them as they venture down this hell-trodden path. It also seems a little suspicious that Gleeson’s character as a teenager knows exactly what happened during events he never attended.

A serious lack of heart and majesty deviate this film from what it could have been – a harrowing story of hope and survival. Ron Howard wanted to tell this epic story about the ultimate survival task but failed to highlight why other survival movies work, through character motivation. Once that’s lost as sea, their deaths seem essentially pointless.

When you have a group of people that are stranded together in the middle of nowhere, this is where Howard could have taken his time to have them interact with one another, to develop their characters. Without the setup and without the payoff, there’s nothing to follow other than nameless redshirts and minor side characters that aren’t all that enticing to watch ensuring a meaningless two hour sit.

To Ron Howard’s credit, this is a hard story to pull off correctly as you have multiple points of view telling the same story that converge into the final product. He does manage to get some beautiful shots, there just weren’t enough of them.

For such a magnificent tale, you want the epic treatment with large wide panoramic shots that would have be extraordinary to see in the legendary Cinerama theater. Instead, Howard squeezes everything together, making everything in the frame feel cluttered and hazy as there’s no time to focus on one important detail. The wide shots from afar would have also helped mask some of the lesser green screen effects that pluck me out of this seemingly visceral experience.

“In the Heart of the Sea” made me wonder why they switched from its March release date to December. This move signaled Warner Brothers interest in entering it in the Oscar race and I have to ask why. A story of nature messing with the small speck known as humanity should have been riveting but all we get is an abridged version of what the screenplay true potential.

With plodding characters, unconvincing green screen and murky cinematography, “In the Heart of the Sea” drifts from scene to scene. 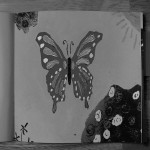 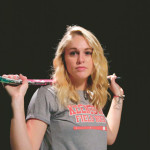