‘Tis the season for self-doubt and bruised self-esteem; it’s the annual Victoria’s Secret Fashion Show. As girls of all ages hunker down in front of their televisions to watch the infamous Victoria’s Secret angels strut their stuff down the runway, a lot of female viewers find themselves feeling badly about their own appearances – and for no good reason.

The fashion show, which premieres on December 8 at 10 p.m. on CBS, typically generates a lot of hype, mainly among females. It’s not uncommon for boys and girls alike to gather with friends for viewing parties.

The fashion show is previously recorded and releases photographs of featured outfits all over social media – causing the looks and the models to be discussed nationally. 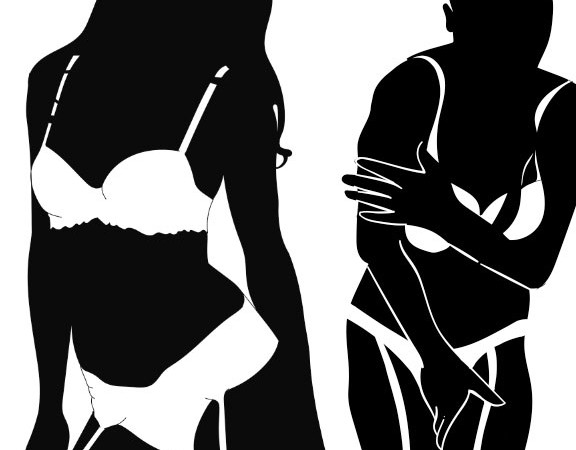 Some statements found on social media regarding this year’s show include things along the lines of “RIP self-esteem,” “Never eating again so I can look like these girls” and photos of the models with the caption “I’m trash.”

These concerning statements came mainly from younger females. It isn’t often that you will see posts that state a person’s confidence level has risen from watching the show. So why do we continue to watch a show that generates such a sense of inferiority? Senior and nutrition major Rachael Levy said she likes all aspects of the show.

“It’s always fun to see the new designs they have each year – not only when it comes to the lingerie but also with the wings that the models get to wear,” she said.

Levy added that she believes the performances from the featured singers in the show, such as Selena Gomez who is performing in this year’s show, add to the enjoyment viewers get from the show.

Ben Flanders, a KSC senior, agreed that the musical performances were an attractive quality of the fashion show – but that’s not the reason he watches.

“Those girls are unreal looking,” he said. “It’s not every day you can watch hot girls walking and dancing around in their underwear on TV.” Senior Kiera Bisenius was more wary of the hype over the show. “Don’t get me wrong, it’s fun to watch with friends, but in the end a lot of girls are left feeling like a piece of crap.

“They just spent over an hour watching these perfect, skinny models parade around a runway and now they’re comparing themselves to them,” Bisenius said. Bisenius has a point – society has a tendency of classifying the models featured by Victoria’s Secret as an idea of perfection.

From this, there comes a perception that in order to be “the perfect female,” women must be tall and skinny and exhibit flawless beauty. There is nothing wrong with having an idea of perfection so long as it does not interfere with one’s perception of reality. However, in today’s society, that is exactly what we find.

We’ve developed a habit of putting those who fit these standards, such as the Victoria’s Secret Angels, on pedestals. By doing so, we’re telling society that being tall, skinny and beautiful is the only way to be seen as the ideal person.

For many females both young and old, this cultivates an idea that they are not enough. With this horrible thought in mind, a lot of females develop insecurities or a sense of self-loathing; while others take it to extremes and develop eating disorders in order to attain a “perfect body.” “It makes me really upset when girls get so worked up over not looking like the Angels,” Levy said. “They get lost in thinking that guys only like the girls they see on TV.”

Bisenius stated, “The whole thing is a fantasy. How often do you see people that actually look like those models in real life? You don’t. It’s not like you’re going to walk down Appian Way and see a bunch of [Victoria’s Secret Angel] Adriana Lima-looking girls hanging out on the quad.”

We idolize models and celebrities to such a point where we often try to act like or look like them.

As a result, we voluntarily beat up our self-esteem instead of just acknowledging their beauty and moving on with our lives. “There’s nothing wrong with seeing another person and thinking, ‘wow, they’re really pretty’,” Bisenius stated, “But why go so far as beating yourself up just because you don’t look like someone else?”

Flanders said he felt females shouldn’t get so discouraged over not looking like the models on TV. “Guys know that those girls on the fashion show are one in a million,” he said. “They also know that what those girls look like is unrealistic so I don’t get why girls work so hard to look like them. A girl could be the prettiest girl in the world but still have a hideous personality.”

Levy said, “We shouldn’t be striving to be what other people want us to be. Girls and guys should focus more on themselves rather than focusing on how they’re different than celebrities or models.”

“There’s always going to be that idea that certain people are thought of as perfect,” she added. “More people need to learn to accept who we are and become confident in that.”

Why we continue to put ourselves down and compare ourselves to celebrities and models remains a mystery. But what society needs to remind themselves is that what we see through media is not a true depiction of reality. 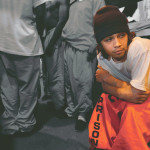 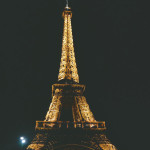