Learning how to do laundry is one of the many challenges that students face when they begin college, but what happens when more problems arise within the challenge itself?

Within the communal laundry rooms located in the Keene State College dorms, students have reported missing clothing, laundry being tampered with and other students inconsiderately moving wet clothing. KSC first-year Annie Dubois said she has had issues with her laundry all semester. “I went to put my clothes in the dryer two weeks ago, but there weren’t any dryers so I decided to go up to my room and wait. I come back down ten minutes later and someone had just thrown all my wet clothes on the table,” Dubois said, “Only after waiting forever and drying all my clothes, I realized I had two pants missing and a shirt.” Dubois said this is a common occurrence in her dormitory building, Randall Hall. “I’ve heard of this happening all over campus. My friends know a girl who had stuff stolen too, but mostly people just take other people’s wet clothes out of the washing machines and don’t put them in a dryer,” Dubois said. However, with free on-campus laundry, first-year Zoie MacDonald said it is easy to move other students’ clothing from the washing machines to the dryers. “A lot of times people take out other people’s wet laundry and just leave it on the floor, but if I run into that situation I put the clothes in the dryer for them because it’s free,” MacDonald said, “And if someone’s clothes are left in the dryer, I usually fold them for them.” MacDonald continued, “I just think it’s rude when people mess with other people’s stuff.” However, MacDonald said she has still run into problems with other students touching her laundry as well. “I have people who just take my clothes out and leave them on top of the dryer or on the floor. It’s annoying,” MacDonald said, “I’ve never had anything stolen, but I’ve heard of it happening.”

The dorms are not the only place students have had concerns with laundry. 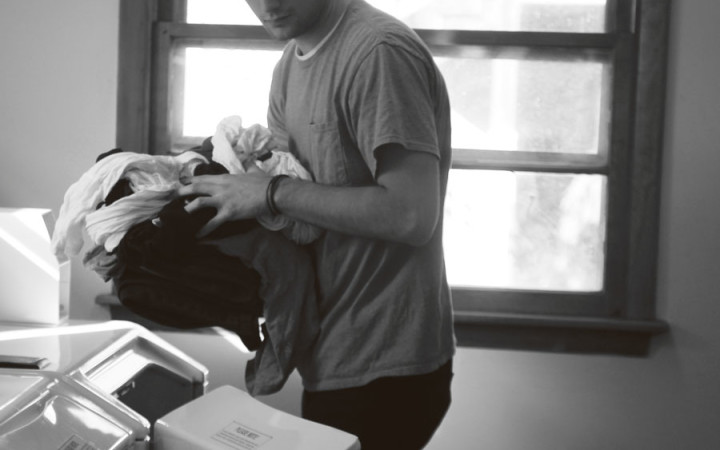 KSC senior Alex Terry said he lives in a house with eight male students who share one washing machine and one dryer.

“We try to manage it as best as possible and luckily we haven’t come across any issues yet,” Terry said, “You have to be considerate. If someone is washing their clothes, you have to understand that you have to wait.”

In terms of moving other people’s laundry, Terry said he always puts his roommates’ wet clothing into the dryer if he needs to. “They’re always so thankful when I [move their clothing into the dryer], but, for me, it’s nothing. It seems like the right to do and it’s so easy,” Terry said. Senior Josh Poloski, who lives with his fellow brothers of TKE, said he tends to go to the laundromat down the street from his house.

“It’s just easier and much more convenient to do laundry outside of our house, especially because the washing machine hardly ever works,” Poloski said.

Another senior, Shannon Duffy, said she has no problems doing laundry at her house.

Duffy lives with her boyfriend and said they have never had an issue with it. “It’s so great living off campus because I can do laundry whenever I want and no one touches it,” Duffy said. However, she said she remembers having problems with laundry when she lived on campus.

“It was always so annoying when people moved my clothes. I would come downstairs just a minute after my laundry was done and it would already be on the floor or on top of the machine,” Duffy said, “I hear it’s become a lot better now that laundry is free, but why can’t people wait a couple minutes?” Duffy continued, “I know it’s probably gotten a lot easier to do laundry on campus now that it’s part of tuition for this past year, but students are always going to have issues with it. It’s just an annoying thing everyone has to do.” 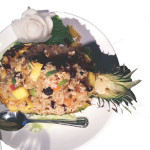 How to make: Pineapple Fried Rice Previous
Wake up and smell the coffee Next 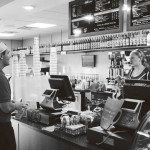