A good number of college students have crammed for an exam at some point in their lives. Cramming for an exam doesn’t even sound like a successful solution, but did you know that it has an effect on the brain?

Memory is supported by different parts of the brain. The best way to increase memory is to reorganize information so it is more likely to be retained. Believe it or not, spacing out learning works better than cramming. For example, if you are studying for eight hours at the Mason Library for an exam you are more likely to be able to recognize than remember the material.

Cramming can cause sleep deprivation, which is usually heavily related with an overconsumption of caffeine. Sleep deprivation can also increase the risk of obesity and type-two diabetes. According to Tom Stafford’s article in the British Broadcasting Corporation (BBC), students who pull all-nighters are more likely to have temporary sex drives and increased addiction /impulsive behaviors. 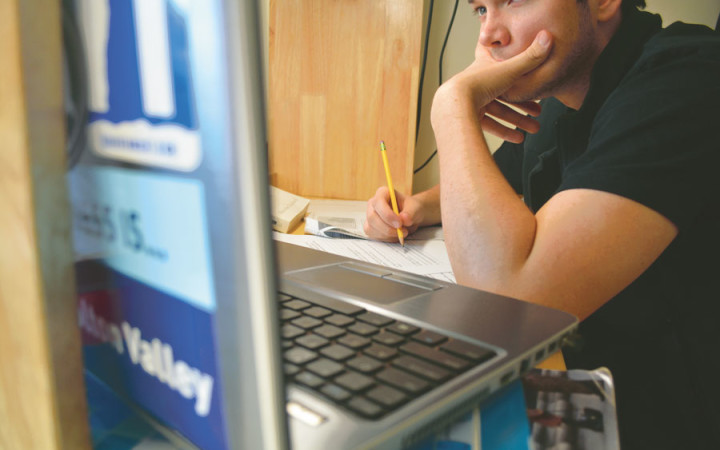 Susan Redline, a professor of sleep medicine in Boston, has found that cramming for an exam can trigger sleep deprivation and disorders such as anxiety and bipolar depression. She has also found that forcing your body to stay awake can affect your blood pressure and inflammation levels, causing an increased risk of heart disease and cancer.

I am familiarized with cramming for exams because I do the same. I have just recently recognized its effects on the brain. I believe that cramming for my high school exams has overall increased my anxiety.

The brain is constantly overworked everyday between trying to organize each of a person’s thoughts and making the body function on basic tasks such as walking and eating. Constantly being sleep deprived can lead to permanent long-term memory damage.

In college, procrastination is a disease. Every college student has done it before, put off their assignments until a day or two before they are due. I am guilty of having this disease. I have crammed a couple of times this semester. Sometimes it’s successful, and others not so much. However, there are also times when I finish an assignment a week before it is due. By doing this, the stress is taken off my shoulders and I have more time to focus on my other classes.

You all have probably heard this, but the best solution to avoid cramming is to try studying 20 to 30 minutes a day. Another effective study method is focusing on only the most important information. The moral of the story is that cramming for an exam does not work. It is best to expose yourself  to the material repeatedly. It is more likely to stick successfully that way.

Leigha Hall can be contacted at lhall@kscequinox.com