One of the most devastating effects of the events at last year’s pumpkinfest is the change for businesses located on Main Street that relied on the festival as a primary source of profit during the fall months. Pumpkinfest and the weeks surrounding it are historically the busiest weeks of the year for many downtown businesses. I remember going to the Pumpkin Festival in 2013 and waiting in a 40 person line to get food at Local Burger – I can only imagine the revenue that came from the event. Ultimately I find it immensely sad that the businesses on Main Street now suffer due to the careless actions of a bunch of drunken instigators. It irks me more than I am able to explain with words that many of the members of my generation would participate in the madness that took place last year at pumpkinfest. Kids were damaging property–not as a political statement and not to benefit some cause, but for the mere fact of being drunk, out of control and essentially trying to outdo the idiot next to them. Seriously. During pumpkinfest curiosity got me riled up and so I followed the noise that had been spilling into my dorm window for hours from across the bike path. I asked my friend Rose to come with; we would just enter the party and look around then leave. The party was unlike anything I had ever seen. Hundreds – possibly even a thousand – of revved up, intoxicated and celebrating students were crammed into a single backyard. I pushed my way into the heart of the party where people were gathered in a circle around a mud pit. A shirtless man was yelling and beating his chest. Others were throwing entire handles of whiskey and vodka, unconcerned where or whom the glass might break. Not five minutes after entering the chaotic yard I heard a few voices shout “Swat team!” 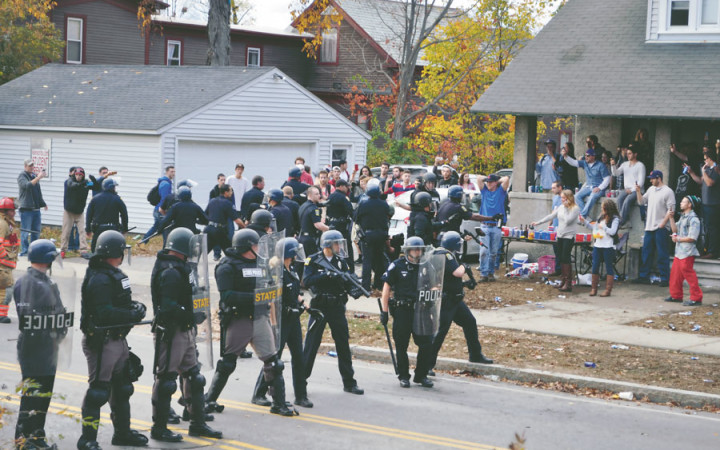 I instantly grabbed Rose’s hand and led our sober bodies to safety before the stumbling fools trampled us on their way out. When we reached the bike path my throat stung from the chemicals that cops had thrown to disperse the party–tear gas. We stood on the other side of the bike path and watched as hundreds of college-aged students ran from the party in herds. I was shocked. I think that the portrayal by the media made the events appear much more alarming and far more dangerous than they were in relation to the festival itself. From the party I just described it would take about seven minutes by foot to reach the first pumpkin displayed on Main Street. The media made it appear that the irresponsible college parties threatened Pumpkin Festival when in reality I would argue that they were two separate events that simply happened on the same day. Sure the massive crowds were due to the many visitors from other schools, but even so the family festival was never in harm’s way. In defense of the many students riled by the police tactics used to control the scene – it is hard to say for sure what should have been done. Sure, ideally the cops would not shoot rubber bullets and tear gas crowds, but party-goers were throwing bottles and damaging property so it seems violence and harm were already in play. The police needed to intervene. I will never forget the image of walking back home to Owl’s Nest 1. A helicopter was circling overhead demanding that everyone return to his or her home. As I passed by Blake Street I looked down the road at the giant bonfire kids had started in the street. People were out of hand. Of course the police needed to get involved. I had a professor here at Keene State once tell me that in the old days there were massive parties held on the Fiske Quad. He said that fences were put up and everyone would enter and dance the night away until they couldn’t last any longer. Today there is no place to participate in a mass gathering such as this as a community of college kids. Police have become so strict that my roommates received a noise violation resulting in a ticket one night when they had five people at our house total. There is an imbalance of justice and it is hard to say just how this should be adjusted.  Ultimately pumpkinfest demonstrates the faults of our legal system and the resulting poor behavior of college students. While our legal system should recognize that college students are going to party and are better to do it in a safe and controlled environment, those student participants truly need to wake up and recognize that they represent our school, our community and our generation. It hurts my heart to know that a beautiful tradition is forever changed here in town. It hurts even more knowing how pointless and ruthless the behavior had been the cause of such a drastic change in our town’s history. Rest in peace to the Pumpkin Festival – sorry to all of the businesses on Main Street who will have a lull in sales this month in comparison to past years. Mostly, I am sorry to those students whom have to answer the question “were you involved in that Pumpkin riot?” each time they mention that they are a Keene State student because of those students who thought it was cool to earn a name as a rebel without a cause.

Arline  Votruba can be contacted at avotruba@kscequinox.com 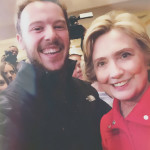