‘Paranormal Activity’ is a frightful failure

Flashback to Christmas 2009, I remember seeing the first “Paranormal Activity” in theaters and not knowing what to expect. The atmosphere and minimalist scares made it a chilling little treat. From there, a new horror franchise was born, giving way to the dawn of a new sub-genre (found-footage) and five sequels. The only follow-ups worth mentioning are the first two sequels, which made for a fun continuation of the mythology they set up. But did they stop? Oh no, they kept on milking this cash cow until we’ve come to “Paranormal Activity: The Ghost Dimension”, the sixth and supposed “final film” in the franchise. Uh huh, sure it is.

Once again, we have a brand new family moving into a house where they discover some strange items belonging to the home’s previous owners. Ryan [Chris J. Murray] discovers a strange camera that can see things in the air that can’t be seen with the naked eye. As Ryan films his wife Emily [Brit Shaw], his daughter Leila [Ivy George] and his brother Mike [Dan Grill], things start to go bump in the night without warning. Soon, Leila interacts with a demonic presence known as Toby which leads Ryan to believe that there’s something more sinister about the house than he anticipated.

Whatever is Ryan going to do when Christmas is right around the corner? Will Toby steal all the presents under the tree and become the new Grinch? Ho Ho Ho—ly crap, run away a demon is coming!  Can you tell that I have such enormous respect for this movie? 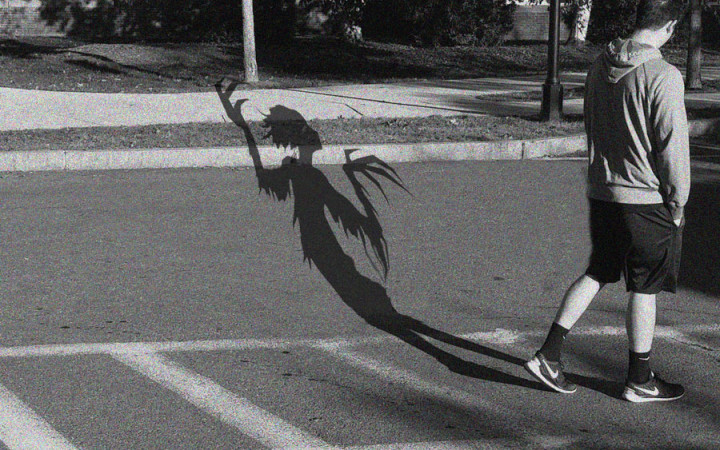 You know, for a final chapter of a long-running horror series, this ending sequel baits more than any of the other installments…in 3D!!! Even the most hardcore “Paranormal Activity” fan has to admit that this series has run its course. After the third film, it was time to call it quits. But nope, they gave up putting any type of effort forward and decided to repeat the same gimmicks over and over again.

Even by “PA” standards, these people have to be the most hollow and wooden characters imaginable. No actors from the previous movies make an appearance, so we’re reliant on following these “characters.” They do nothing but sit around making the same dumb decisions and repeating exposition that we already knew about three movies ago.

It feels more like a sequel to “PA 3” than the last two entries since half of the footage they find is from the third movie. We were promised that every secret would be revealed and they use this play to devise a “plot” that wasn’t even hinted at in the other films. This didn’t feel like a proper endgame, but rather another sequel that had to end the story because we’ve all had enough by now. Ultimately, this “finale” is rather pointless. Would it have killed them to put any effort into it?

The reveal of Toby, this demonic entity that has been causing terror across six movies now, was supposed to feel shocking and triumphant because of how much he has been built upon as this foreboding menace. His reveal wasn’t triumphant, it wasn’t spectacular, it was flat-out insulting. It made me wonder what I was supposed to be afraid of in the original “PA” because whatever this thing is, it looks ridiculous.

Toby’s form looks less like a demon from the pits of hell and more like the alien symbiote that creates Venom in “Spider-Man 3” and boy does he love to jump in front of the camera whenever possible. Forget any sense of tension or peril because who needs them when you have an array of unnecessary jump scares at your disposal! [Incoming sarcasm!] I will give the director some credit because I have never seen a jump scare caused by a mechanical snowman singing “Jingle Bells.” Seriously, this is a leap forward in the evolution of cinema!

And since it’s all in 3D, they have more of a reason to throw things at the screen. If there’s one positive I can genuinely give this movie it’s that the 3D wasn’t that bad and made for a few cool effects. But since they didn’t go full-force with the gimmick, it has no lasting power. Even “Saw 3D” made a better case for the gimmick than this landfill ever did.

The dialogue is inane and sometimes unintentionally hilarious. For instance, there’s a moment where the demon is chasing the husband and brother around the house, so they hide behind the kitchen island to which the brother says “I should have stayed at Mom’s instead!” I laughed not because it was funny, but because they were trying to be funny. Maybe they should leave the comedy to the people who  know how to do it correctly.

As far as I’m concerned, the only “Paranormal Activity” movies that exist are the first three because they actually try, flaws and all. This “grand finale” instead plays out as one giant slap in  the face to anyone who had any fun watching this series every Halloween. The question we have to ask ourselves now regarding horror franchises is: Who’s next? 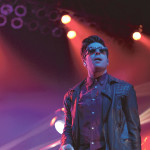 Hootie welcomes Hoodie Previous
Down to the wire Next