The tea detox. It’s a recent fitness fad, not unlike waist-trainers, CrossFit and those green juices every celebrity seems to be carrying around in US Weekly or People Magazine. Regardless, these detox teas have become a popular way of losing weight among younger people, even here at Keene State College.

KSC senior Nicole Cowell said she once took part in a tea detox.

“I did the detox because everyone I talked to about it said they got really good results from it,” Cowell said, “I definitely saw results when I first started.”

“I did it too. I wanted quick results and this looked like the thing to do, so we tried the SkinnyMint detox together,” Marscher said.

There are various versions of the tea detox that consumers can order online. SkinnyMint Detox Tea, MateFit Tea and FitTea Detox are just a few of the more popular brands.

“You see a lot of celebrities promoting these teas all over social media and it kind of makes you question if they’re just in it for the money or if the detoxes actually work,” Cowell said.

According to Cowell, celebrities who garner a large online audience like Kylie Jenner, Niykee Heaton and Amber Rose have all posted about the positive effects of certain tea detox brands.

One brand, MateFit Tea, even had a cameo in popular rap artist Big Sean’s music video for “IDFWU.”

“I definitely think it has a negative effect on young women to see all of these extreme ways of weight loss. Like, crash diets and those waist-trainers that the Kardashians always post about. It all just doesn’t seem healthy,” Junior Abby LeMay said.

“Social media definitely plays a huge part in the success of teatoxes. So many celebrities post about them on Instagram and there are a ton of fitness accounts that everyone follows,” LeMay said.

LeMay continued, “I know a couple of girls who have done it and they said they just felt really tired. I’m definitely 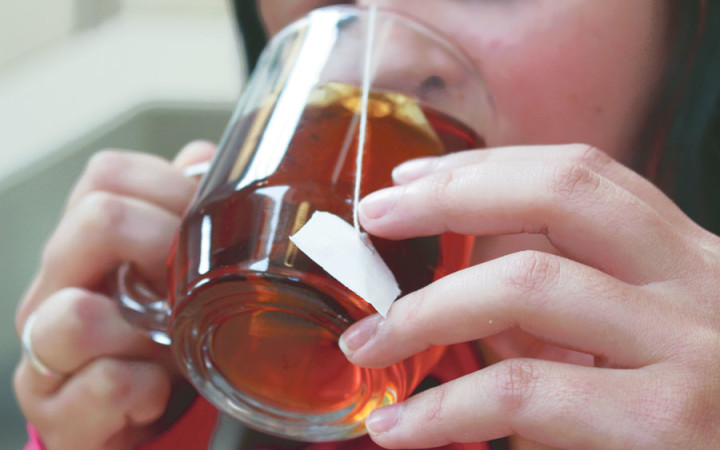 interested in that kind of stuff, but it’s hard because there’s always so much controversy around those types of fads that you don’t really know what you’re getting.”

Although LeMay said she enjoys living an active and healthy lifestyle, she said she has not taken part in a tea detox.

However, senior member of the KSC volleyball team Angela Silveri said she has done a tea detox before and got positive results from it.

“I decided to try MateFit Tea because my friend’s sister, who is a personal trainer, recommended it. It was all natural and had no harmful chemicals, so that was the major reason why I tried it,” Silveri said. “I felt great both while drinking the tea and after. It gave me more energy, I was less tired than usual and it curved my cravings for junk food.”

Silveri continued, “It’s great because you get to eat what you normally eat, which is hopefully healthy, and it helps you stay in a set routine every day, which makes eating healthy and losing weight so much easier.”

However, Silveri said she can see the downsides of a tea detox as well.

“Some people think that when they stop the detox they can go back to an unhealthy lifestyle, which leads them to gain weight. That mentality ultimately leads to unhealthy habits and a reliance on the tea,” Silveri said.

Some users have reported that they did indeed gain the weight back at the end of it.

“My cravings were so crazy during it that I ended up eating so many sweets after the detox was over,” Cowell said, “it was counterproductive.” Senior Ian Lemley, who has not participated in a tea detox, said that he thinks they’re counterproductive too.

“I just think it’s a cheap excuse for not actually wanting to do any real work,” Lemley said.

Although some students feel that the tea detox fad is a hoax, LeMay agrees with Silveri that users should be smart about choosing a healthy lifestyle both on and off a detox.

“You just have to pay attention to what you’re eating and always make time for exercise,” LeMay said. Silveri said she believes that everyone gets different results.

“Some people I know get great results and others said it didn’t change any aspect of how they looked or felt. It all really depends on what you’re doing to live a healthy and active lifestyle,” Silveri said.

“Once I got off the tea I just kept going to the gym and maintained what I thought was a good workout schedule for me,” Marscher said, “we’re all different.”

All in all, students agree that making the decision to live a healthy life, whether it is through drinking tea or going to the gym more, is the best way to get results. 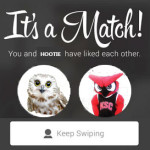