Yet another fatal campus shooting took place this past Monday, September 14, at Delta State University in Cleveland, Mississippi. According to The Associated Press, this particular tragedy included the murder of university professor Ethan Schmidt and ended with the shooter, Shannon Lamb, also an instructor at the university, killing himself.

There is no question that the events that took place in Mississippi on Monday were horrific. When events like this happen, I always find myself looking at the past couple of years and reviewing similar occurrences.

Every time I do this, I end up outraged with this country’s policy on gun control.

It is my belief that the lack of difficulty there is to obtain a gun and the fact that background checks are not always required is the reason mass shootings are becoming more and more common.

I’m aware of the current debate on gun control and the actions some politicians wish to take (keyword being “wish”) in order to lessen the amount of shootings. But if we are so aware of the issue regarding gun control, then why has nothing happened?

According to the “Mass shooting tracker” used by news outlets like CNN and The Washington Post, in the past two years there have been over 950 reported mass shootings. Many of these shootings were likely caused by the fact that it’s not exactly hard to get one’s hands on a gun in the United States.

The requirements for buying a gun from a legal supplier include presenting of a valid ID, passing a background check and having record of the sale; having a license to carry is not required in all U.S. states.

However, according to Ted Alcorn from the national organization Mayors Against Illegal Guns, none of these requirements are necessary if you are looking to legally purchase a gun from a private seller, making it miles easier for anyone to obtain a firearm.

Just because there are legal ways to easily purchase a gun through private sellers does not mean that this is what everyone does. There are still a countless number of people in the United States who get their hands on guns illegally.

“It is in our power to do something about it. I say that recognizing the politics in this town foreclose a lot of the avenues just now. But it would be wrong for us not to acknowledge it,” he said.

Well put, Mr. President. I understand that passing a law this complex is not so easily done overnight. But, even so, why have we not put in place even the smallest laws? Perhaps like requiring thorough background checks before purchasing a firearm.

It just seems strange to me that there have been so many mass shootings in the past couple of years and we have done nothing to attempt to bring those numbers down.

We’ve gotten to the point where I feel no one is safe anymore. Just last month, I was seeing a movie with my dad and found myself constantly looking over my shoulder because apparently movie theater shootings are the thing to do now. If I don’t feel safe in a movie theater, how am I expected to feel at ease on my own campus?

The issue of gun control is something that cannot be easily controlled by anyone – especially not Keene State College’s campus safety. Yes, there are precautionary measures students are told to take in the event of a gun or shooting on campus. However, when it comes to having the students feel totally safe in their community, it’s a bit of a reach.

It doesn’t matter where you are or what you’re doing, there is potential for mass shootings everywhere you go – all because of our country’s lack of proper gun control. We shouldn’t have to feel this unsafe in “the land of the free.” 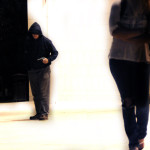 Making safety a main concern Previous
Try something new Next