The involvement of young adults was apparent during a town meeting held by democratic candidate Bernie Sanders at the University of New Hampshire.

With all of the current issues this country is facing, now is the time for college students and younger generations to become informed and involved in politics, and to get out and vote in the upcoming election.

On September 20, college students, community members and others from all over the state gathered in the Hamel Recreation Center to hear Sanders’ ideas and support his campaign.

Sanders said that it was the biggest turnout for any presidential candidate in New Hampshire.

According to realclearpolitics.com, Sanders currently holds second place in the democratic polls at 23.8 percent.

Sanders’ son Levi opened the discussion. “He is the candidate that gives people hope that things can change, and that there can be a better America,” Levi said.

“One of the good things that I think we can do with this campaign is focus on the real issues facing the middle class of this country,” Sanders said. He continued, “If we are going to transform America, we have got to place the major issues facing our country on the table.”

According to Sanders, the most important issue in this election is the amount spent on campaigns.

Sanders said that millionaires and billionaires put so much money into the campaigns in order to elect candidates who will represent them. He said that just one family alone plans to spend 900 million dollars on the 2016 election campaign. “You are not looking at democracy, you are looking at allegarcy,” Sanders said.

He said that he plans to vote to overturn Citizens United and give the vote back to the people.

Sanders said that this country is the wealthiest in the world, yet so many do not realize this. 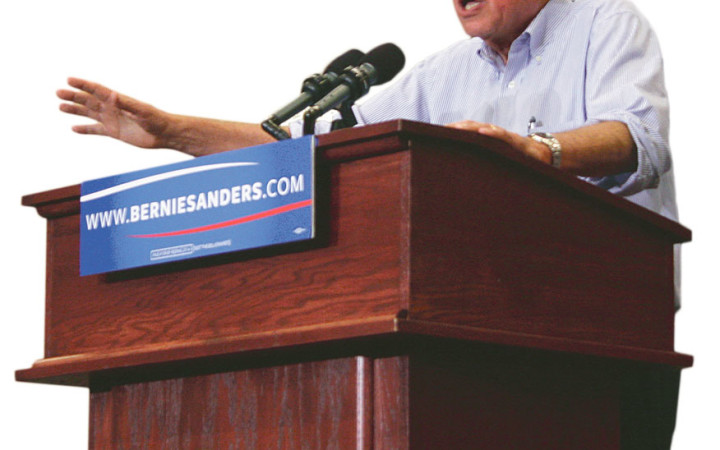 out on the street. The reason that we do not believe that we are the wealthiest country in the history of the world is that almost all of that wealth in all of our economy today is going to the top one percent and, together, we are going to change that,” Sanders said. Sanders said that 58 percent of all new income is currently going to this top one percent, and aims to change that. According to Sanders, a major part in fixing the economy includes raising the minimum wage. “The reason that people are working so hard, and the reason that in America we work the longest hours out of any people… is that wages in America for millions of workers are just too damn low,” Sanders said. He continued, “The national minimum wage of seven dollars and twenty-five cents an hour is a starvation wage.”

Additionally, Sanders said that he believes the cost of college is way too high, and has introduced legislation that will make public colleges and universities tuition free.

“Hundreds of thousands of bright, young people in this country who have the ability or qualifications cannot go to college for just one reason… their family does not have the money. That’s crazy,” Sanders said.

“I want everyone in this country to understand…that if they do well in school, and pay attention…that they can get a college education regardless of the income of their family,” he said.

Sanders also said that student debt is a huge issue, and that he plans to refinance them and lower the interest rates.

A number of those in attendance said that this idea would have a positive impact. Northeastern University alumni Alex LaCasse said that he was in favor of it. “I’m in debt a house as a result of education. We can’t go on with everyone being left behind and not being able to afford college and compete in the twenty-first century,” LaCasse said.

“I’m an out-of-state student, so for me to have free tuition would be amazing, especially since the out-of-state tuition here is so high,” Molle said.

Another UNH student, Kyla Madden said, “Everyone’s just swimming in this debt. They can’t move out of their parent’s house, they can’t get a job because they are stuck with all this debt. Everyone deserves to be able to get the education they need to get the job that they want.”

Sanders said that he hopes people will look at the big picture during this election. “There is nothing that we cannot accomplish,” Sanders said.

The New Hampshire primary is February 9, 2016. Students and community members can register to vote at the City Clerk’s office up to ten days before the election.

Devon can be contacted at droberts@kscequinox.com 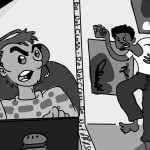 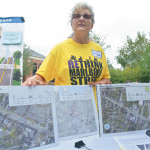