On Feb. 20, 2015 Joeannan released “Roll Me Under”, a single off of “The Charles River Shake EP.” Instantly catchy, “Roll Me Under” brings with it promise that this is just the beginning of many excellent pieces to come from the current Berklee College of Music student.

Do not hesitate to check out what this single has to offer your music-hungry ears. It combines elements of rock, folk and blues to create an addicting trifecta of sound.

“Roll Me Under” demonstrates an artist who has put tremendous effort into truly mastering his craft.

The song is both lyrically and musically sharp, demonstrative of the skills that the young artist is developing while pursuing a degree in Professional Music.

The serious tone of the initial 15 seconds invites you to continue listening as the choppy piano riff ends in a playful run down the keys.

Dark undertones throughout this piece encourage you to access those dark cobweb-infested corners of your soul while nodding along to the beat. It is the kind of song you will catch yourself humming just after the first listen. Promotions Coordinator at WKNH Angela Scionti said, “The beginning is very heavy and it draws me in to listen further.

“I really enjoy the dark tones of the piano.” When the music transitions with the introduction of drums and guitar the song instigates foot tapping to the groove of the electric reggae beat. The chorus is easy to learn and hard to resist singing along with. The repetitive chorus is enhanced by the use of tension through the piece.

While the chorus comes often, it is used to bring us back to familiar lines in between the troubling images sprinkled through each verse such as, “Ain’t it so ugly, lost all my money, my mind like a junkies, I’m wrong.”

Unlike most pop lyrics, the lines of “Roll Me Under” offer beauty in a dark place.

It is no surprise that this single was released so brilliantly polished. Years of music lessons, including private drum lessons with renowned drum instructor and Berklee Professor Gil Graham, have led Joeannan to this point in his musical career. By the end of his first year at Berklee he had composed, written, produced and copyrighted his first original song, “March.”

The introduction of vocals is instantly satisfying to the listener through the use of quick rhythmic lines.

As the piece progresses it is evident that Joeannan has impressive control over his vocals.

The opening line “Look on the road, the sirens a glow, the liquor’s a-flow and I’m gone,” is enticing, especially to an early-20s audience struggling along during this confusing period of life. At one minute 15 seconds the song reveals urgency as Joeannan begs, “I’m goin’ down, so roll me, roll me, under.” By the end of the song the chorus becomes a chant that we are all belting out.

Two minutes 40 seconds in Joeannan’s voice carefully quivers, “I’m just a fool with a dyin’ scream,” expelling emotions that give the listener a sense of the passion emanating through his vocal chords. Then at three minutes 30 seconds the song transitions into the bridge and breaks its pattern by slowing its pace down entirely.

It then rebuilds to the initial cadence with teasing vocals from Joe. Molly Mae, the female vocalist, contributes angelic pitches to the dreamy harmonies, helping to carry out the final choruses of the song. Joe’s passion is palpable as he holds notes like during the final verse when he sings, “Oh I’m going down and I won’t make no sound.”

He succeeds in delivering himself to the audience, a very challenging task for any artist. Co-General Manager at WKNH, Kerrianne Thomas, said, “The song itself is sexy and soulful.

“The vocals are really beautiful, Joe has a really great voice,” she addresses the technical side of production adding, “The engineers and recording sound very well done.”

“Roll Me Under” has been stuck in my head for days and I am not getting sick of it. If you, like myself, enjoy supporting up-and-coming artists with genuine talent, I highly recommend giving Joeannan a listen.

Listen yourself by going to https://soundcloud.com/joe-annan.

Arline Votruba can be contacted at avotruba@kscequinox.com 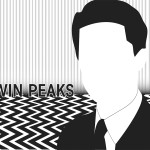