Chris Dornin wants policy changed regarding sex offenders and the national sex offender registry. Dornin gave a speech at Keene State College Monday, Feb. 15 in an event called “The war on sex offenders and other bad policies.” The Equinox interviewed Dornin to preview his speech earlier this week.

Dornin is a journalist-turned-prison reformer that wants to help create a system in which former sex offenders can succeed and move on with their lives. Before focusing on prison reform, Dornin wrote for numerous newspapers in the state and won 22 New Hampshire and New England Press Association awards as a regional and Statehouse reporter.

Dornin said the group that is under the most attack by policies and the public are registered sex offenders and those accused of sex crimes. According to Dornin, “Our policies towards sex offenders are based on fear, misinformation, anger and need for vengeance,” Dornin continued, “The results have been policies that endanger the public, while inflicting enormous harm on former offenders, their families and in some cases their landlords.”

One of the keys to Dornin’s idea of reform is making it harder for people to harass offenders or people that are accused of a crime. The sex offender registry that can easily be found online is problematic in its structure, Dornin said.

According to a testimony he gave last week, “Today the warning against harassment and stalking is in six-point type at the bottom of a separate web page the viewer need not access.”

In this testimony Dornin asked lawmakers for their support of New Hampshire House Bill 653. The bill is aimed at, “Prohibiting the use of sex offender registry information for the purpose of harassing, intimidating, or threatening a registered sexual offender or offender against children, or any family member, employer or landlord of such person,” according to the official bill text. The bill was just introduced a few weeks ago and is sponsored by state representatives Cynthia Chase and Timothy Robertson.

“It’s more the symbolic statement of it. The state is finally saying, ‘We don’t want to condone or sponsor this vigilantism,’” Dornin said. Dornin started the nonprofit Citizens for Criminal Justice Reform in 2010 as a platform for changes he and his peers wanted to see in the criminal justice system. Dornin said the group has written and sponsored 22 pieces of legislation in New Hampshire since it started, including an “earned time” bill the governor signed in 2014 to let inmates reduce their sentences by up to 13 months through hard work and rehabilitation. Dornin and Citizens for Criminal Justice Reform remain committed to their goal, “We want a change in corrections philosophy so that we send fewer people to prison,” Dornin said. “What we’re doing instead is over-incarcerating people at 35,000 dollars a year and stripping community care of all its money. That sets people up to fail.”

Look for full coverage of Dornin’s speech at KSC in next week’s issue of The Equinox.

Skyler Frazer can be contacted at sfrazer@keene-equinox.com 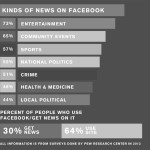 Facebook and social media are competing with other mediums Previous
Photo competition gives students the opportunity to share... Next 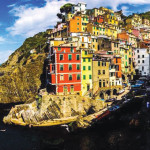