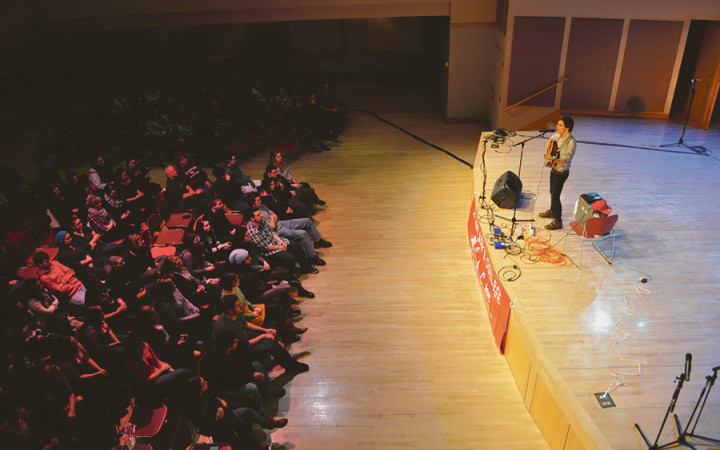 “We really had a really good crowd,” Turmelle said, “I would say that it went extremely well.” Turmelle stated that preparations and auditions for Saturday Night Jive began last semester. In regards to having less acts this year than in past years, Turmelle explained, “We went for quality over quantity.”

KSC student and General Manager of KSC’s student radio WKNH, Kerrianne Thomas, worked with the tech crew for the event. When asked if she had a favorite act, Thomas stated,  “3 Ways ‘Til Sunday — they’re always my favorite.”

“All of them individually and as a group, they’re just so talented,” Thomas said, “How they interact with each other is just really impressive. They look like a professional improv group.”

According to Boyle, 3 Ways ‘Til Sunday was created approximately six or seven years ago by a few students who wanted to create an improv group similar to Upright Citizens Brigade in New York City. When describing the fun mentality and comradery of the improv group, Boyle said, “It’s like a fraternity … without being awful.”

First place went to a marimba duo comprised of KSC students Josh Brennan and Adam Rhan called “Let’s Bang,” while third place went to student musician James Bird. KSC student, Nicole Demers, was a part of the night’s audience who voted for their favorite act by texting in their vote.

“I was impressed by all the different acts and how confident and brave they were to perform,” Demers said. “I just enjoyed everything,” Demers continued, “I’m very happy that I went.”

“It’s always surprising to find out that Keene has so much talent that you just never knew about,” Boyle said.

Caroline Alm can be contacted at calm@keene-equinox.com 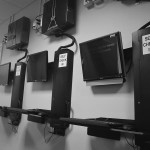 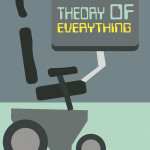 Caroline Alm is a junior at Keene State College majoring in Communications and Women's & Gender Studies. She is from South Eastern Massachusetts and is the Arts & Entertainment editor for The Equinox. Caroline hopes to travel the world, change lives, and make people laugh. Fun facts about Caroline are that she has met Matt Damon and was gluten free way before it was "cool".