For a lot of dance and choreography majors, this performance was the premiere of not only a semester-long project, but what they hope to turn into a career.

The Mabel Brown Room ran out of floor seating with plenty of time before The Department of Theatre and Dance presented the Choreography Showcase 2014 on Friday the 5. People crowded the back walls and moved upstairs to nearly fill the balcony in order to see the performances. The Choreography Showcase is a night that gives dance majors and minors a chance to dance, present a choreographed piece, or both. The Department of Theatre and Dance offers TAD-318, a choreography class designed for juniors and seniors to oversee an original dance piece. The showcase allows for their dance to come alive with professional lighting and music system in front of friends, family and professors. 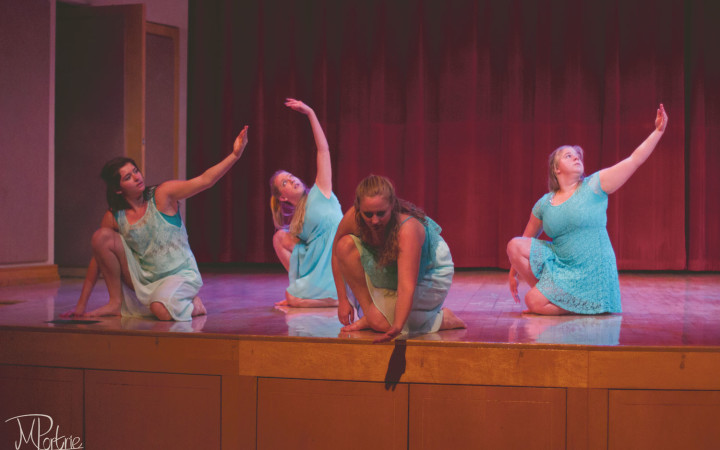 Students had to audition at the beginning of the semester in order to be featured as a dancer in any of the pieces. Abbie Brown, the only junior choreographer of the show, explained the process as “tricky.”

“We have an open audition, and from there perform in different smaller groups. Then we figure out scheduling for practices and thankfully the dancers I wanted had schedules that worked out,” Brown said.

Brown choreographed the show’s closing piece, “Rebound,” to composer Zoe Keating. Each dancer wore gray ankle-leggings with bright-yellow tops. The piece began without music — simply the four female dancers deliberately exhaling together. Once the primarily violin soundtrack faded in, the girls moved across the stage to the instrument’s plucks.

At times the dancers seemed to help one another; one girl would be rapidly moving her arms and another girl would come to her side and ease her fervent movements.

When the music ended the girls continued to move slowly in a circle, audibly exhaling together fading out the performance.

Brown said she was impressed with her dancers. “I was nervous, but that’s probably the best run they’ve ever done,” Brown said, “You could tell they were enjoying being in the moment.”

Brown elaborated by saying her dance was about inner honesty. “I think it’s just about finding inner strength and joy and the true emotions that come out of that,” Brown said. Amid the crowd were Brown’s family and fiancee, one travelling from as far as New York to be present.

Also in “In Flight” with Webber was senior and dance minor Lynsey Beatrice.

No matter the level of involvement, the Choreography Showcase enabled dance students to perform what they enjoy for friends and family. For some, it’s even a glimpse into their future.

Allie Baker can be contacted at abaker@keene-equinox.com 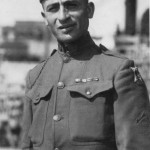