Barry Faulkner was busy building his reputation as a painter of patriotic murals and the occasional landscape when World War I broke out.

Faulkner could afford such creative pursuits. He was born in Keene in 1881 to a wealthy family who owned the Colony Mill from 1815 to 1953 — when Faulkner’s father, Francis Faulkner, purchased the mill. Faulkner grew up in the Keene neighborhood surrounding School Street. There he parlayed his artistic talents and gifts into significant contributions to America’s winning war effort as one of the original designers and creators of what many would recognize as the  camouflage pattern of the American military. His WWI artistic gifts became his patriotic contribution. Faulkner’s palette often reflected the local colors of browns, beiges and greens so endemic to southwest New Hampshire.

In Faulkner’s recollections titled “Camouflage” on camouflage, he recalls how he and friend Sherry Fry met in New York City to promote using camouflage in the war promoting use of browns, beiges and greens colors as a military tactic.

In mid-August 1917, Faulkner and his friends enlisted as the first eight members of the “new-born Camouflage Corps,” and he recalled, they were known as camoufleurs. According to Faulkner’s autobiography “Barry Faulkner; sketches from an artist’s life” the official unit name was Company A of the 40th Engineers. Faulkner started out as a Sergeant, promoted twice during the war and honorably discharged as a first lieutenant.

The camofleurs corps sailed for France on New Year’s Day 1918. He described his cammo buddies as, “a mixed bag of all talents,” including electricians, cowboys, movie technicians, stage carpenters, cartoonists, illustrators, architects, sculptors and painters.

When Faulkner and the corps arrived in France, the men found themselves working on the front lines where infantry soldiers were seeing all the horrors in the trenches.

According to Faulkner’s recollections, the corps at night were brought out to the front line in ammunition trucks loaded with ammo. “The enemy kept the crossroad under heavy fire and it was an exciting scramble to get through them, for a direct hit would have blown us all to mince meat,” Faulkner said in his recollections.

Faulkner described the how the camofleurs were working on the same front lines with all the blood and gore of war. Some nights a battle raged, the corps worked under covering fire from their comrades so they would not be shot and killed. “We built our camouflage at night in the front line, over small mortar positions,” Falkner recalled.

Faulkner and the Corps were responsible for shielding American artillery and ammunition from getting blown up by enemy artillery like the Fourth of July fireworks. Those protective shields are now known as camouflage, a tactical cover that prevents equipment from being destroyed by enemy bombardments and fire by masking those items with the colors of nature — the same colors Faulkner used in his New England landscapes.

It appears from his recollections, Faulkner was an individual who did not really like the attention. He did not like to be higher or better than those around him. In his recollection Faulkner described his change in military status, “as not pleasant.” When Faulkner became an officer he missed being just like his other comrades, many of whom were sergeants. Faulkner rode in a sidecar and had his own driver.

Another aspect Faulkner missed was his interactions with those below him. “I missed the companionship of my fellow sergeants and my enlisted friends,” Faulkner said in recollections.

While the Camouflage Corps were brought in to be the visual concealment experts for the U.S. Army when in Europe, they learned new tactics of from their enemies. Faulkner had the opportunity to study German camouflage after U.S. troops launched a counterattack and crossed into the Marne River. Once the American troops crossed the river, Faulkner was able to get a good look at the German captured guns, which were covered by their version camouflage.

When Faulkner was observing the enemy camouflage he noticed one profound difference: German camouflage was simpler. The camouflage was also more effective as the Germans used a lot of trees to hide their camouflage. Faulkner described the German camouflage in his recollections, “A wired-in duckboard walk led to the guns which sat, in an enclosure of wire and no man was allowed to step outside these boundaries. The strong point in their method was camouflage discipline.”  The purpose of not allowing a man to step out of the boundaries was to make sure that positions could not be spotted from the air. If a position was spotted, enemy artillery would destroy it.

Shortly before the Nov. 11, 1918 Armistice ending WWI, Faulkner recalled there was no movement for three weeks. By the end of the way, Faulkner and his men were getting closer to the checkpoint of the Sedan River, which was where American lines were going to be established. “Then came a wild scramble to get to Sedan first, for there were rumors that other American armies were converging upon it,” Faulker wrote. The objective was to get over the river with a new bridge that was built by American troops. However, before Faulkner and his unit could get there to begin their next work the war was over at 11:11 a.m. on Nov. 11, 1918.  When the news came about the Armistice, Faulkner and his unit turned around and headed to their corp headquarters. Faulkner and his unit left France one month after the Armistice, as the Camouflage Corps unit was now considered not vital to staying in France after the Armistice. Many of the surviving camaofleurs had long distinguished artistic careers after the war. Two of the original eight never made it home. The commanding officer, Colonel Howard Bennion moved on to an executive job at Edison Corporation. Others resumed their duties of creating masterpieces in the form of painting and sculptures. Faulkner will be remembered for many of his great paintings and murals. However, what Faulkner and camouflage corps accomplished is something that is now a common military practice.

After the war Faulkner returned to the U.S. and continued working on his own pieces. Faulkner resumed working on murals and mosaics that ranged from patriotic events, famous places and to local places in Keene, New Hampshire. Faulkner’s pieces included a mural of the Keene National Bank and a mural of the signing of the Declaration of Independence that is on display at the National Archives. Faulkner died at the age of 85 on Oct. 27, 1966, at Elliot Hospital, now Elliot Hall at Keene State College. 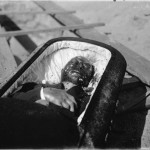 A cold case in Jaffery: a 1918 murder Previous
Keene memorializes those who served in WWI Next 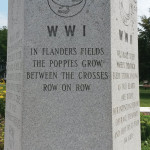